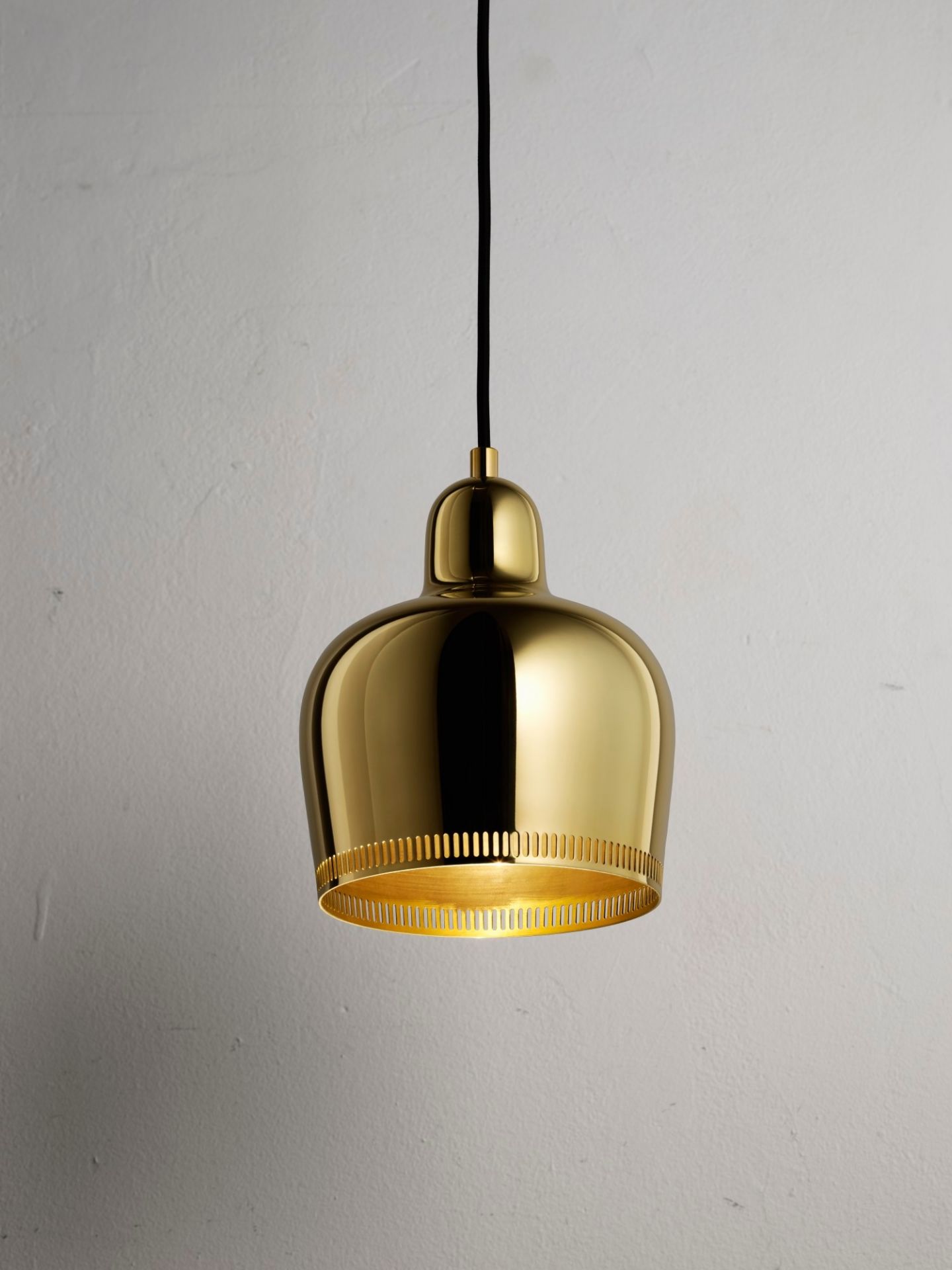 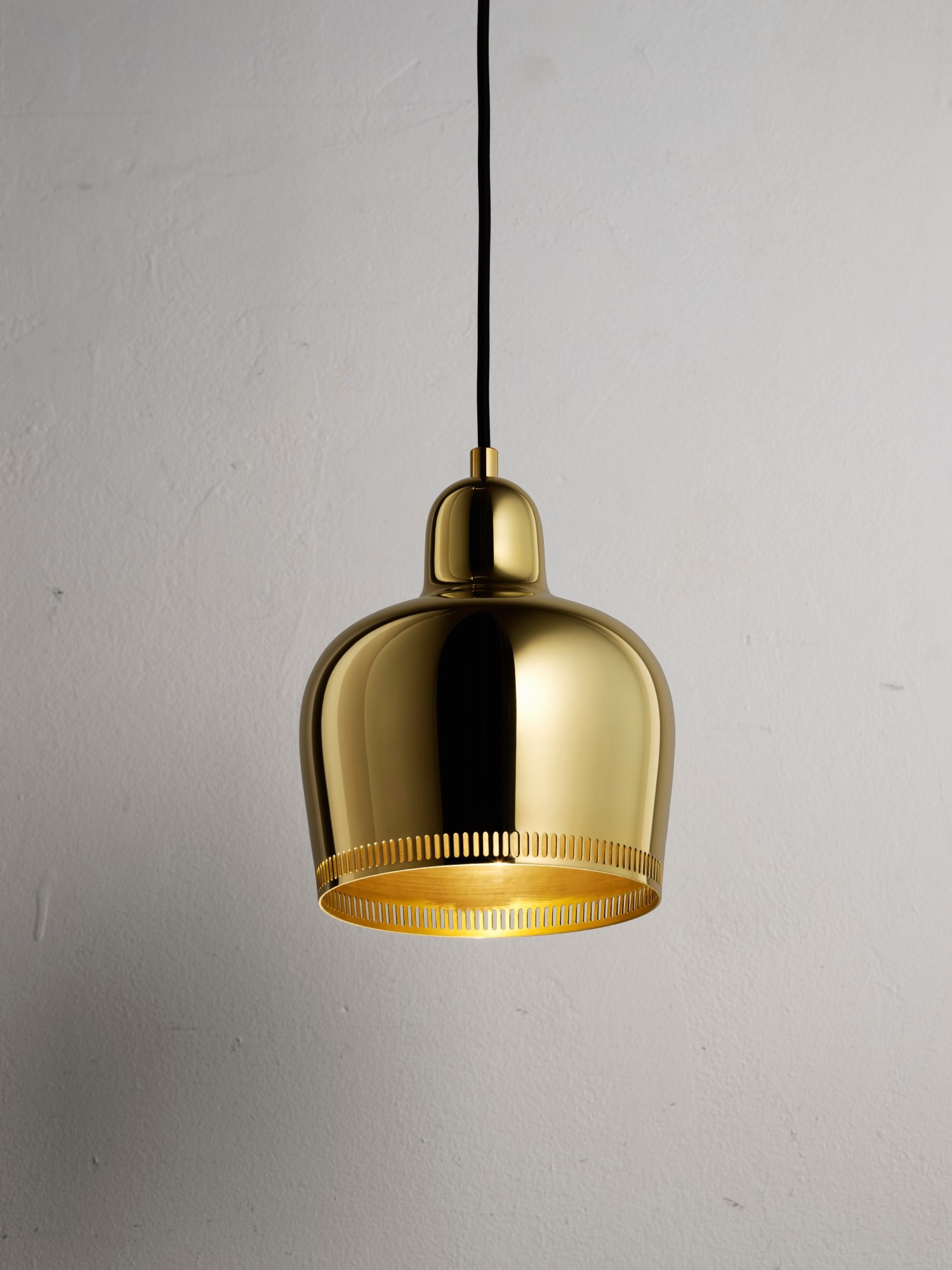 Golden Bell - the name of the pendant lamp A330S from Artek says it all. New is the Savoy edition, which is made entirely of brass and can be ordered here online.

The Golden Bell A330S Savoy pendant lamp is a real gem. As originally intended by Alvar Aalto, the new edition Savoy is made from one piece of brass. While the outer part of the lampshade is polished, the inside remains untreated.

Alvar Aalto first presented the Golden Bell Savoy at the World's Fair in Paris in 1937 in the Finnish Pavilion, after designing the lamp in 1936.

Originally created for the interior design of the Savoy restaurant in Helsinki, the Golden Bell pendant light, known as the Gold Bell among design lovers, is the nickname "Savoy".

The perforated wreath at the bottom of the lampshade is typical and has real recognition value in Alvar Aalto's luminaires from this period.

This is not only a design feature, but provides very special lighting effects when the light shines through the small holes.

The pendant light Golden Bell Savoy A330S by Artek is delivered with a high quality black textile cable with a length of 250 cm. Artek recommends the use of a 7 watt LED light bulb; the maximum is a 40 W bulb for E27 socket. It is not included. 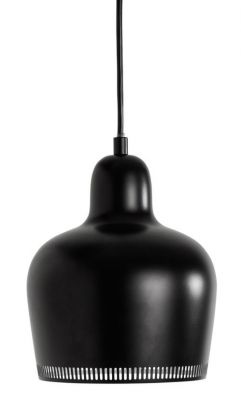