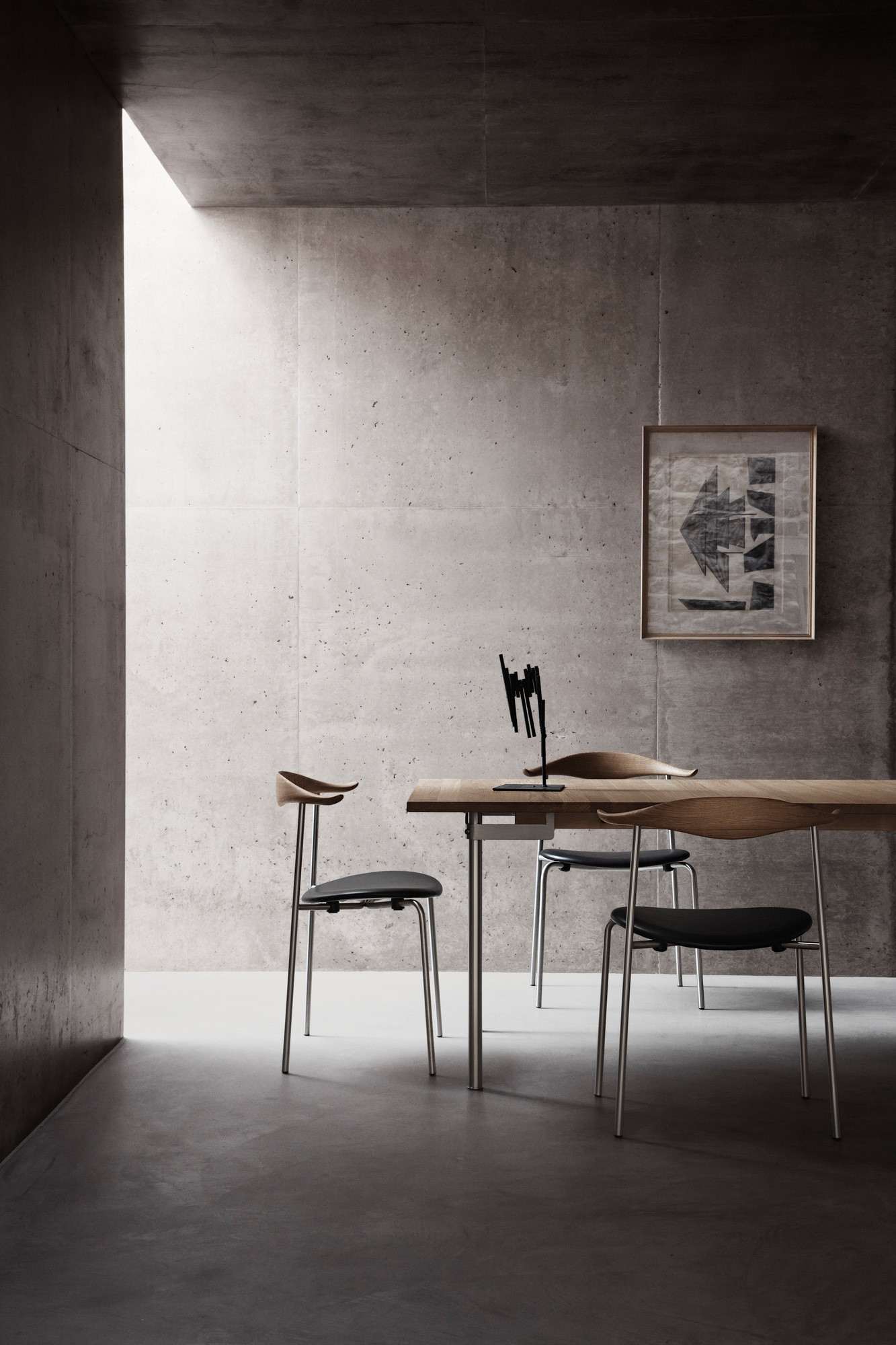 What began in 1908 as a small furniture workshop on the Danish island of Funen has developed into a successful and world-renowned design company. Since the carpenter Carl Hansen founded the company, two aspects have been at the forefront: an uncompromising commitment to the finest craftsmanship and collaboration with exceptional designers.
Thus, the development of Carl Hansen & Søn was significantly influenced by the famous Danish designer Hans J. Wegner. The creative connection with him began in 1949 when Carl Hansen's son met Wegner and enabled the then unknown designer to create an extensive furniture series. One part of the then conceived collection is the now absolutely well-known and popular Wishbone Chair, also known as CH24.
Two points make this design chair so unmistakable: firstly, its strong character with the very personal mark in the form of the Y-shape on the backrest and secondly, the quality guaranteed by the highest standards of craftsmanship.
The CH24 can be taken as an example of Carl Hansen & Søn's basic idea that iconic design is a combination of simplicity, aesthetics and functionality, brought to life by high quality craftsmanship using materials of the highest quality. Today, the company, which is now managed by the third generation of the family, grandson Knud Erik Hansen, still works closely with the Hans J. Wegner Studio.