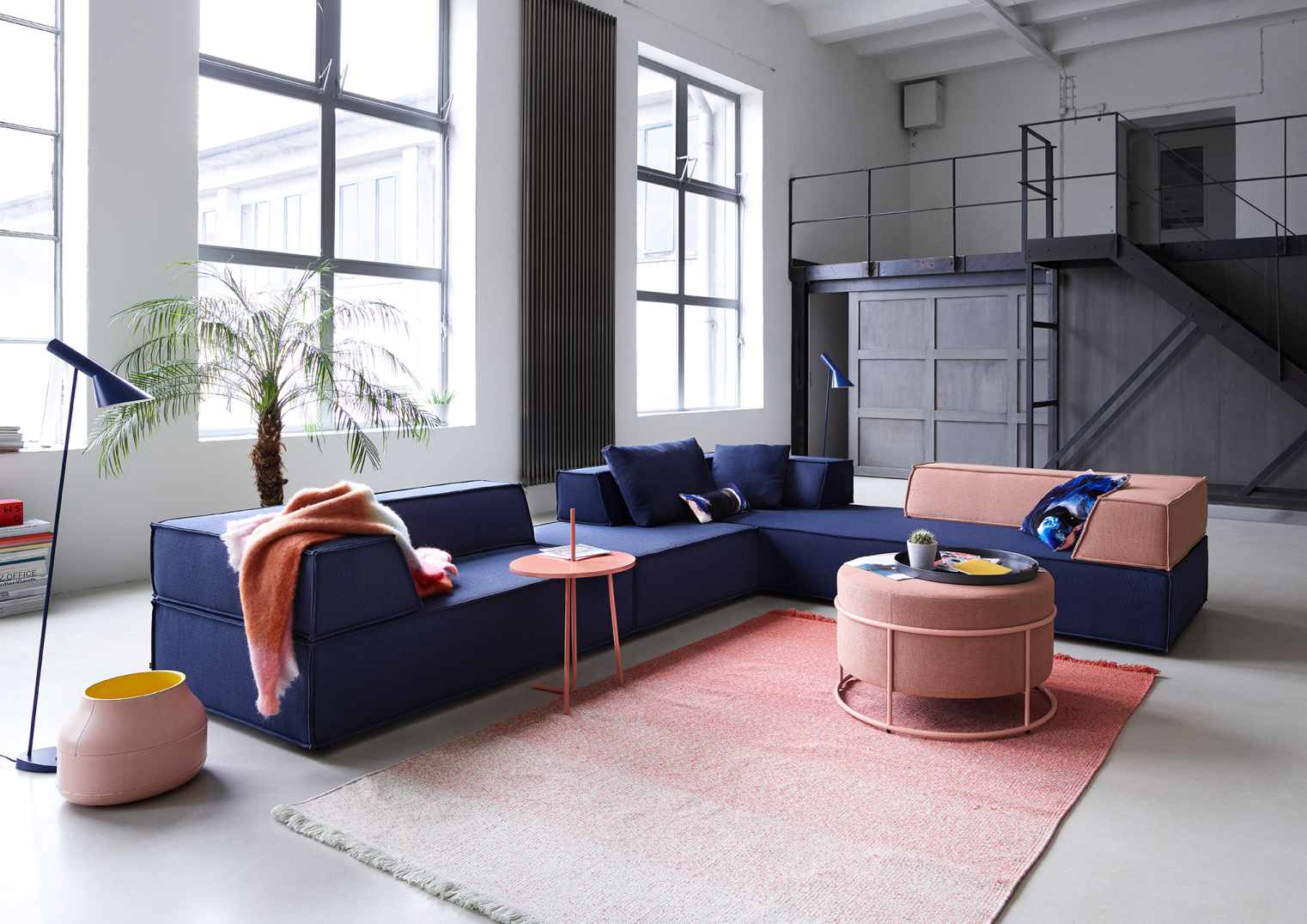 Individuality is a top priority for the German design furniture manufacturer Cor. From the sofa to the armchair to the chair, from the colour of the cover to the frame, from leather to fabric: Cor leaves nothing to be desired in terms of design and individualisation. So everyone can put together their own piece of furniture according to their personal taste.
In 1954 Leo Lübke founded an upholstered furniture factory in the name of his son Helmut together with the Prince of Bentheim Tecklenburg. In the coat of arms of the Prince there were three hearts, in Latin Cor - thus the lady of the manufacturer was found, who was to become part of the Interlübke company. In 1959 the Quinta upholstery group was launched on the market. The name was program, because the series consisted of five elements. The new sofa heralded an era of lightness, flexibility and straightforwardness in German living rooms. Only five years later, the Conceta, one of the first elemental furniture ranges ever, appeared and a true classic was born.
Even today, the Rheda-Wiedenbrück-based designer furniture manufacturer Cor continues to surprise with its creative and intelligent design. Cor has already been awarded the Red Dot Design Award more than ten times as well as other design prizes.

Our offers and trends from the world of design conveniently via email. In addition you get a 10€ voucher as a present (redeemable from an order value of 1000€)