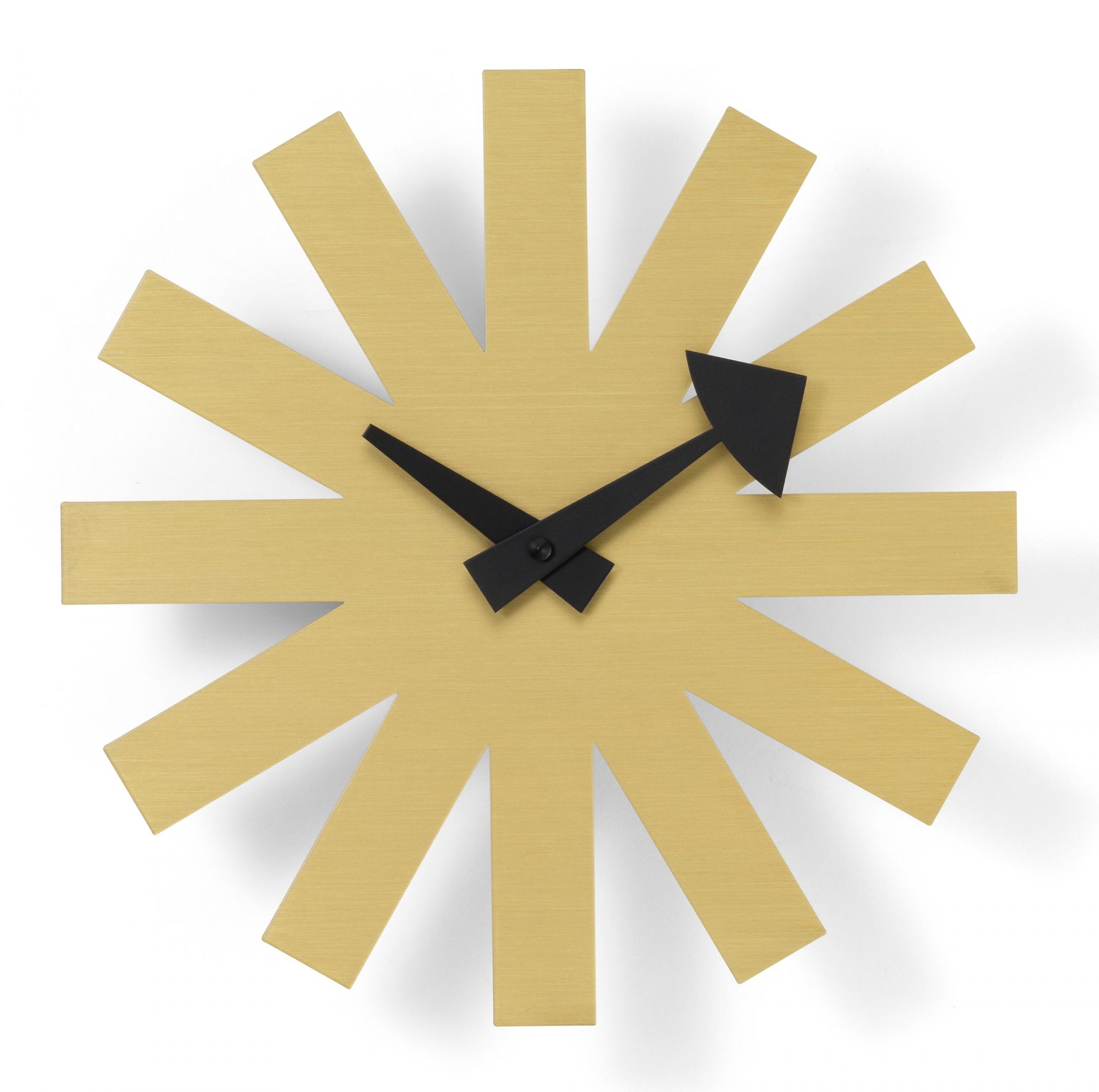 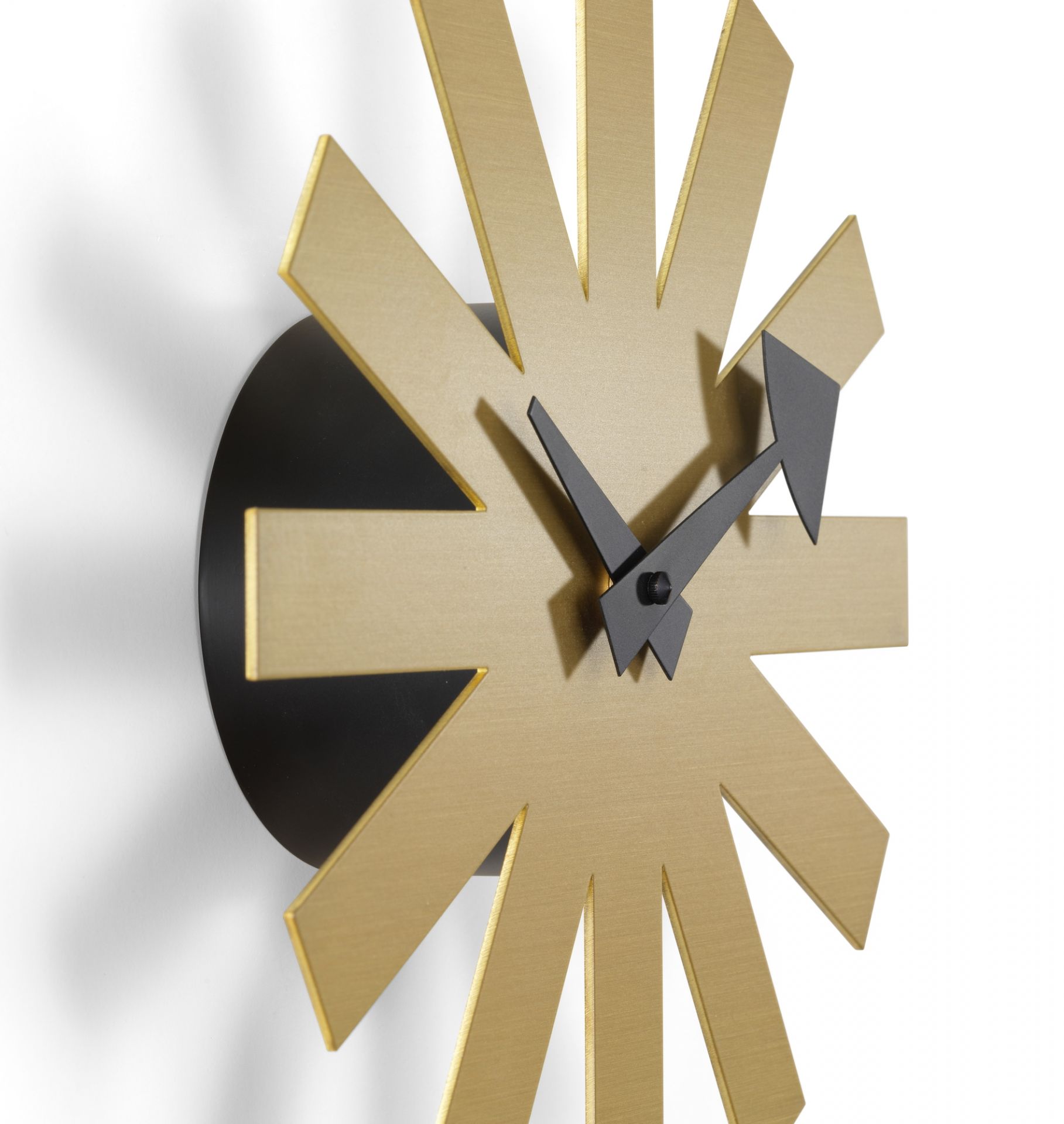 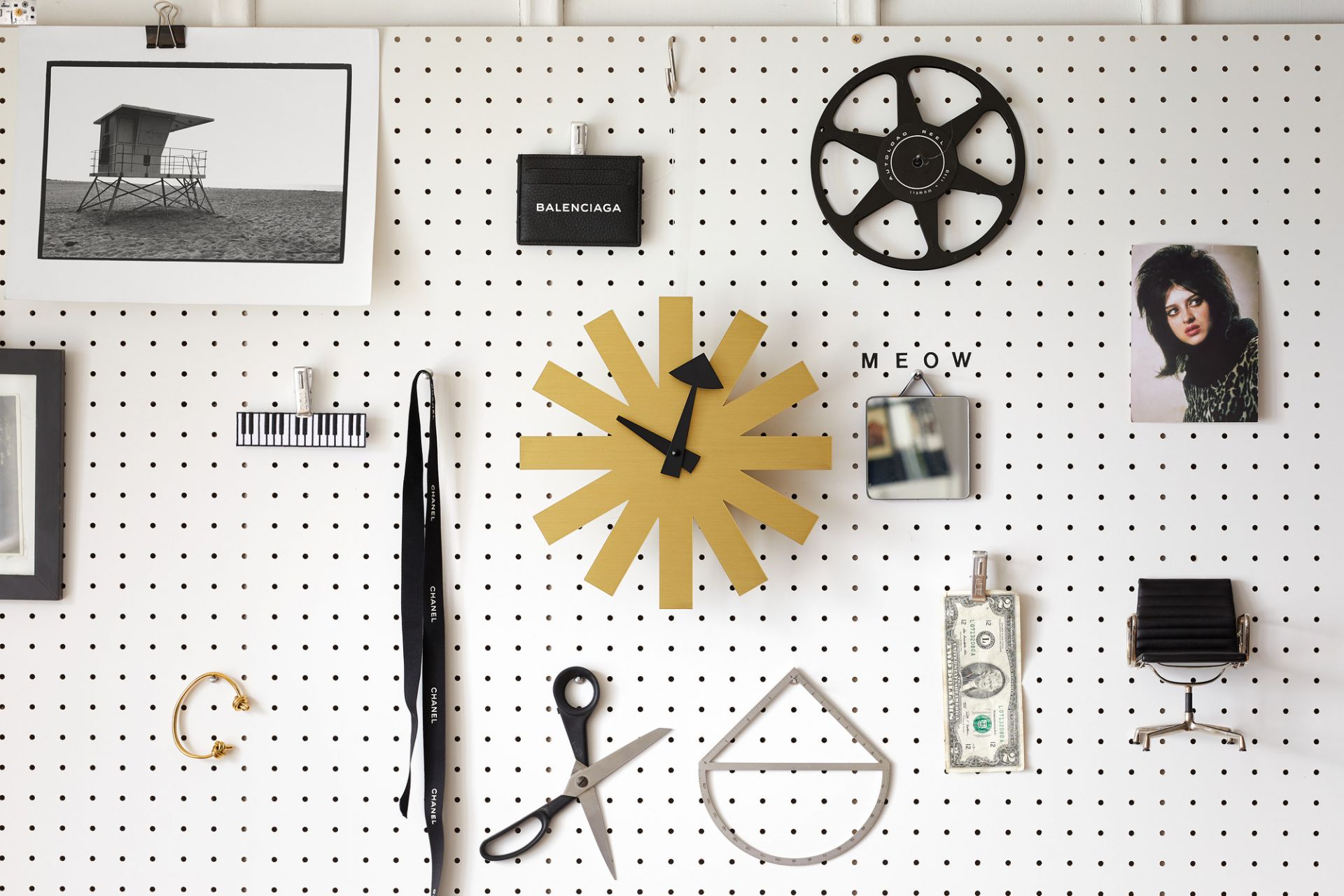 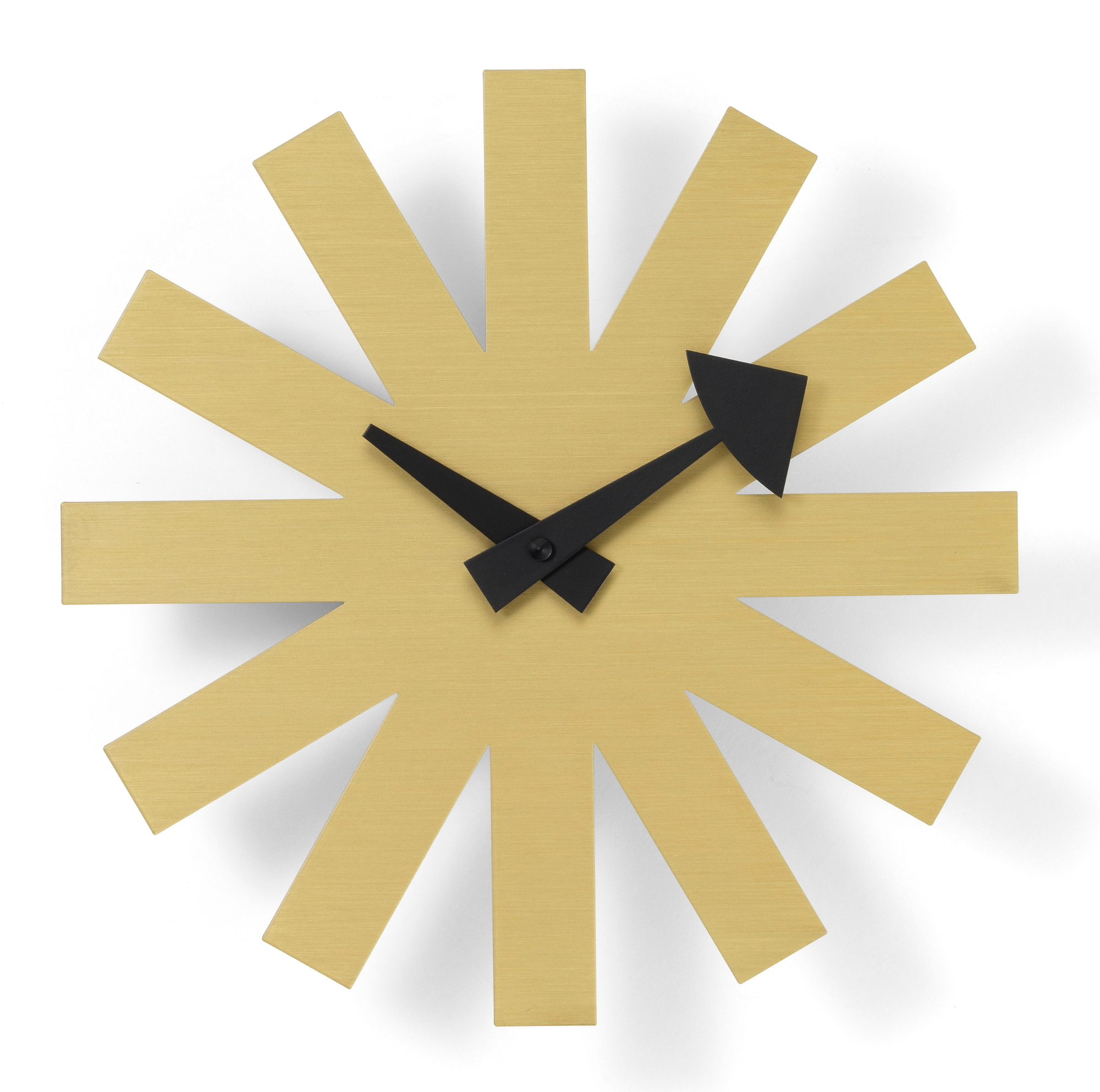 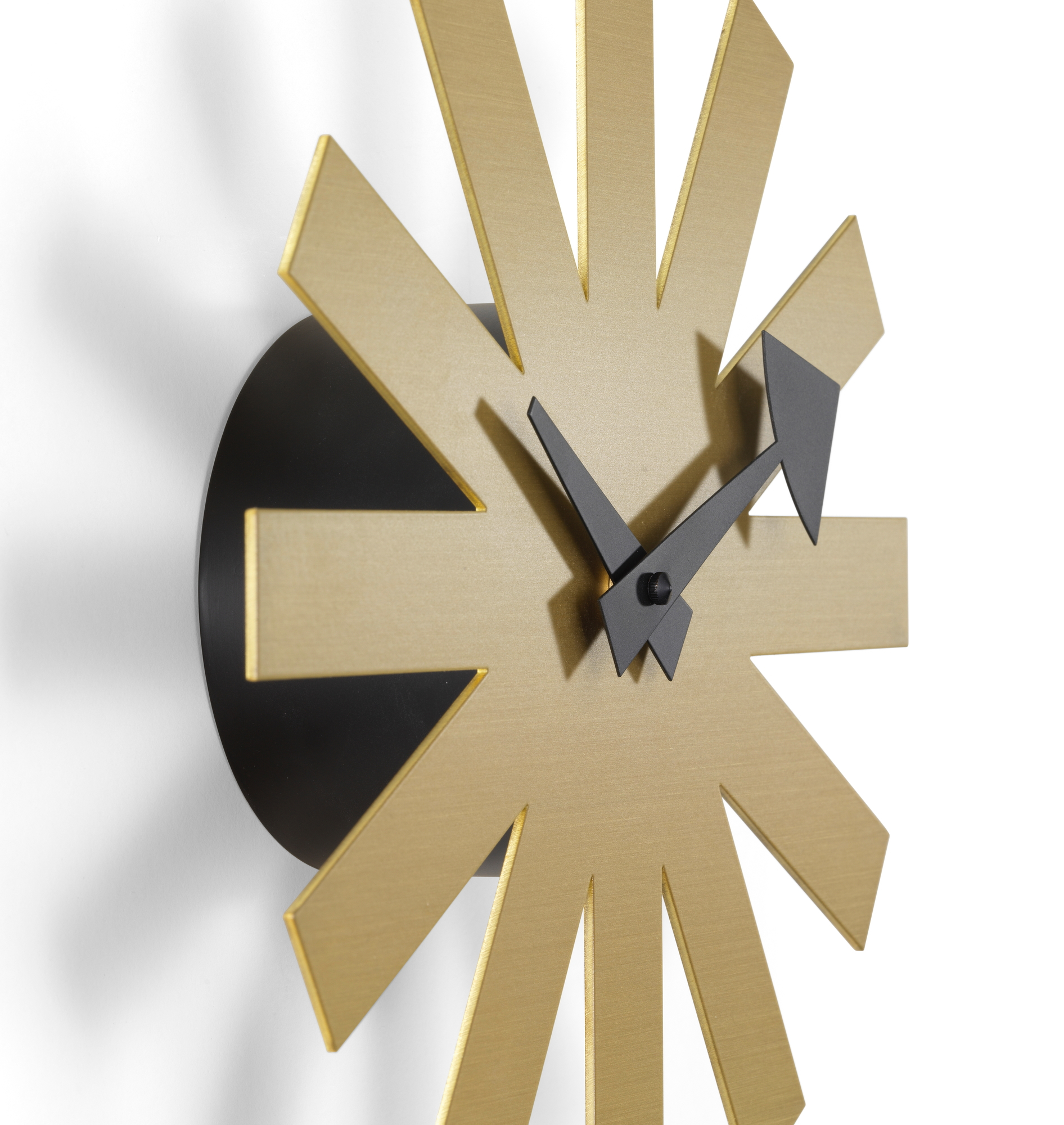 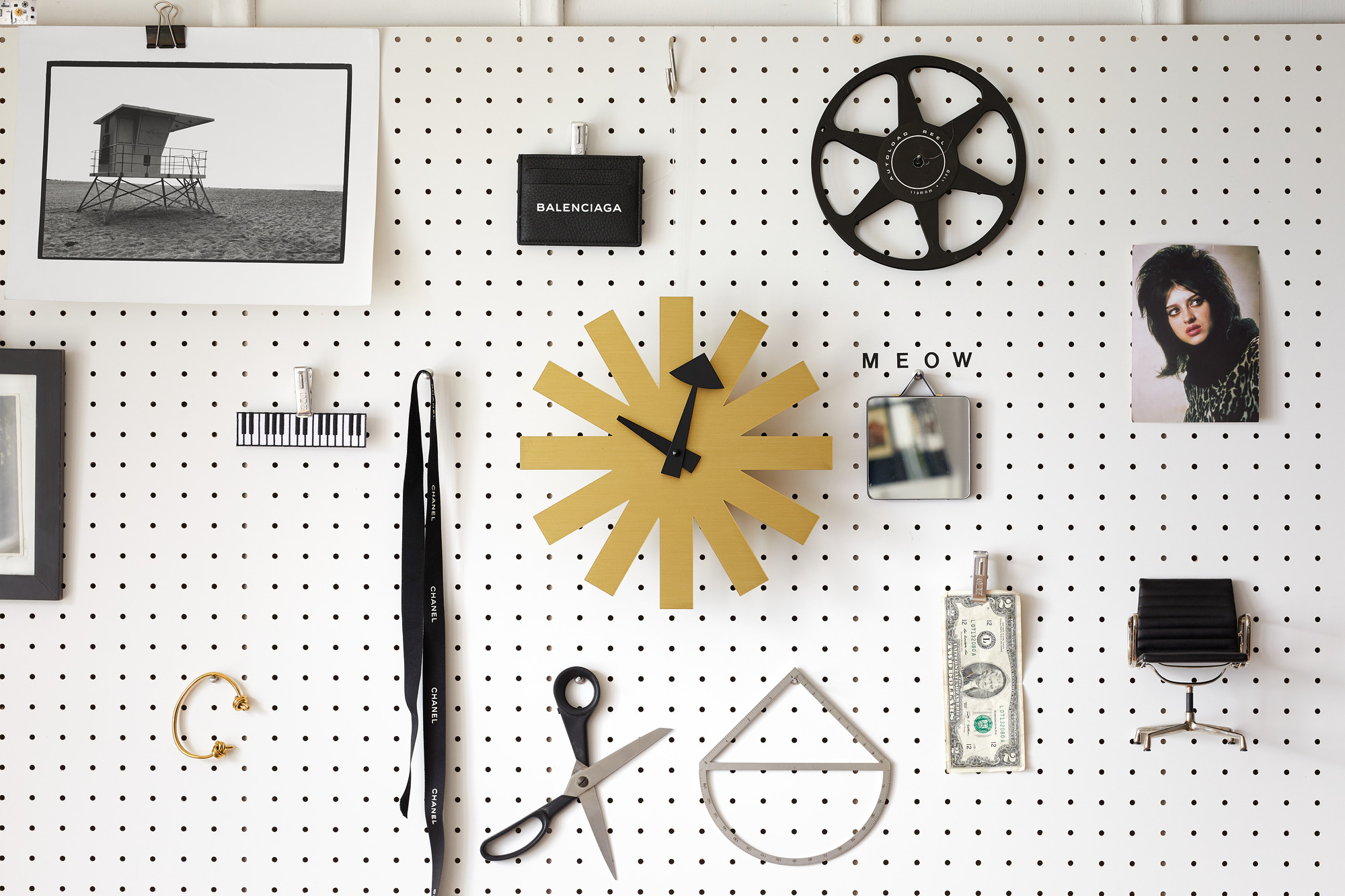 In shiny brass the well-known Asterisk Clock wall clock is extended by a new and modern version. Asteriskos is ancient Greek and means "small star". And so the shape of the wall clock clearly reminds of a star. A high-quality quartz clockwork rounds off the complete package design clock perfectly.

George Nelson was born in the USA in 1908. He studied architecture at Yale University. From 1932-34 he was able to continue his studies at the American Academy in Rome thanks to a scholarship, thus he came into contact with the buildings and designers of modernism in Europe.

In the 1940s Nelson became the design director of Herman Miller. This position made him a kind of key figure in American design. He not only designed furniture for the home and office but also brought famous names such as Charles & Ray Eames, Isamu Noguchi and Alexander Girard to the manufacturer. In 1957 the Vitra founder Willi Fehlbaum signed the first license agreement with Herman Miller for furniture production in Europe and a close friendship developed.

This relationship resulted in numerous designs that today are among the absolute classics of modern design history.

The shapely clock is made of brass and has a diameter of 25 cm.

As a design enthusiast, always be up to date

Our offers and trends from the world of design conveniently via email. Never miss design offers in the future.