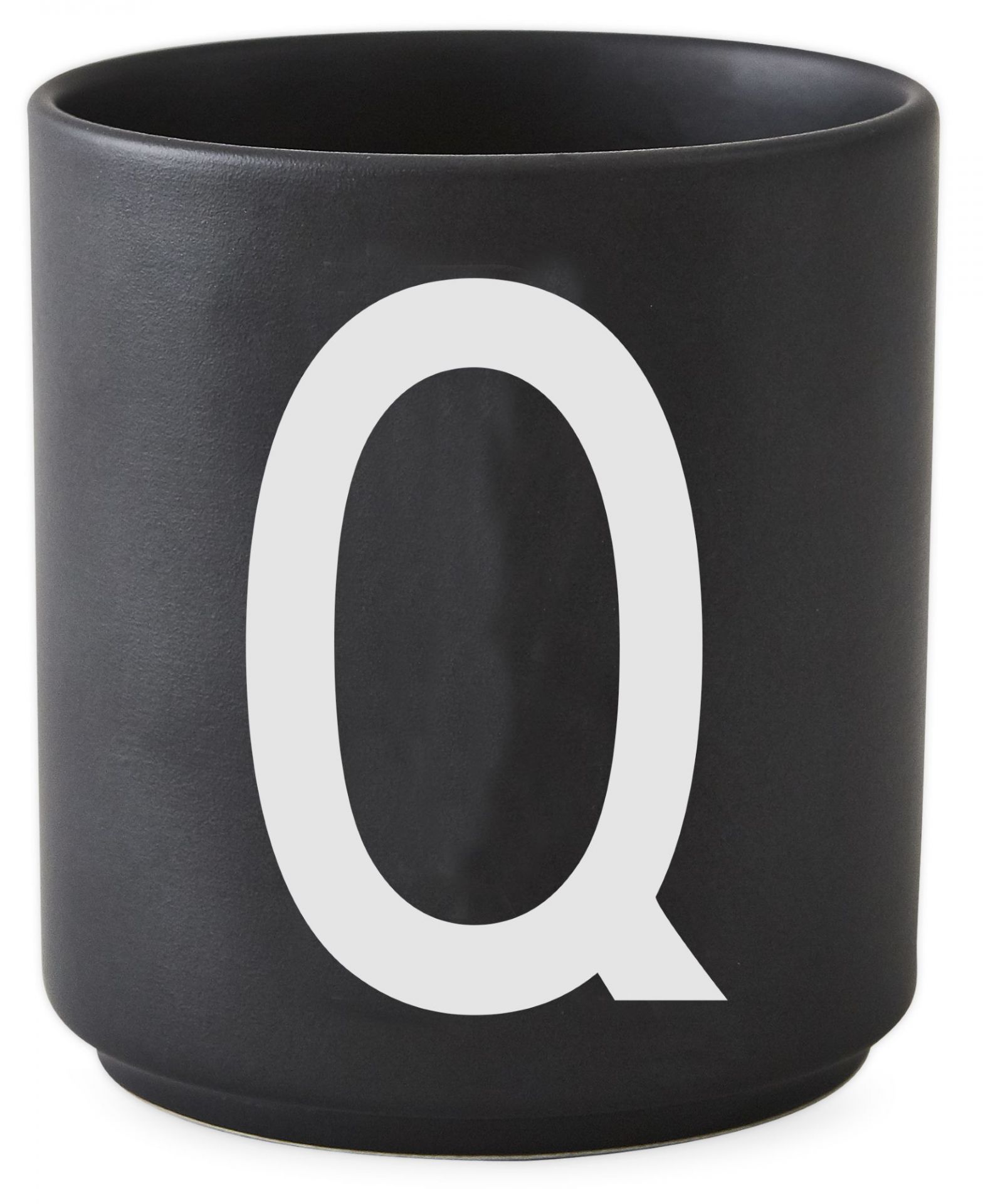 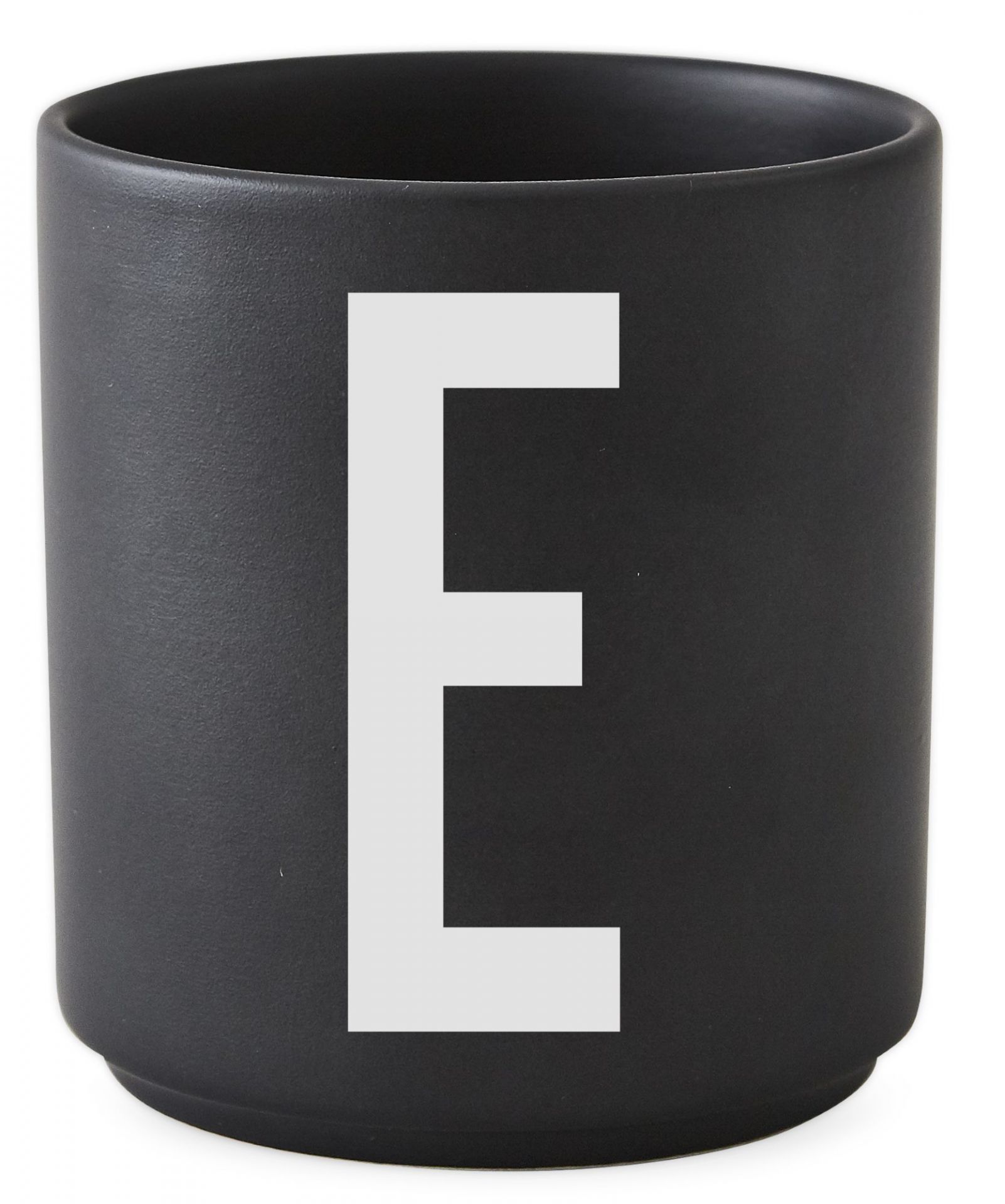 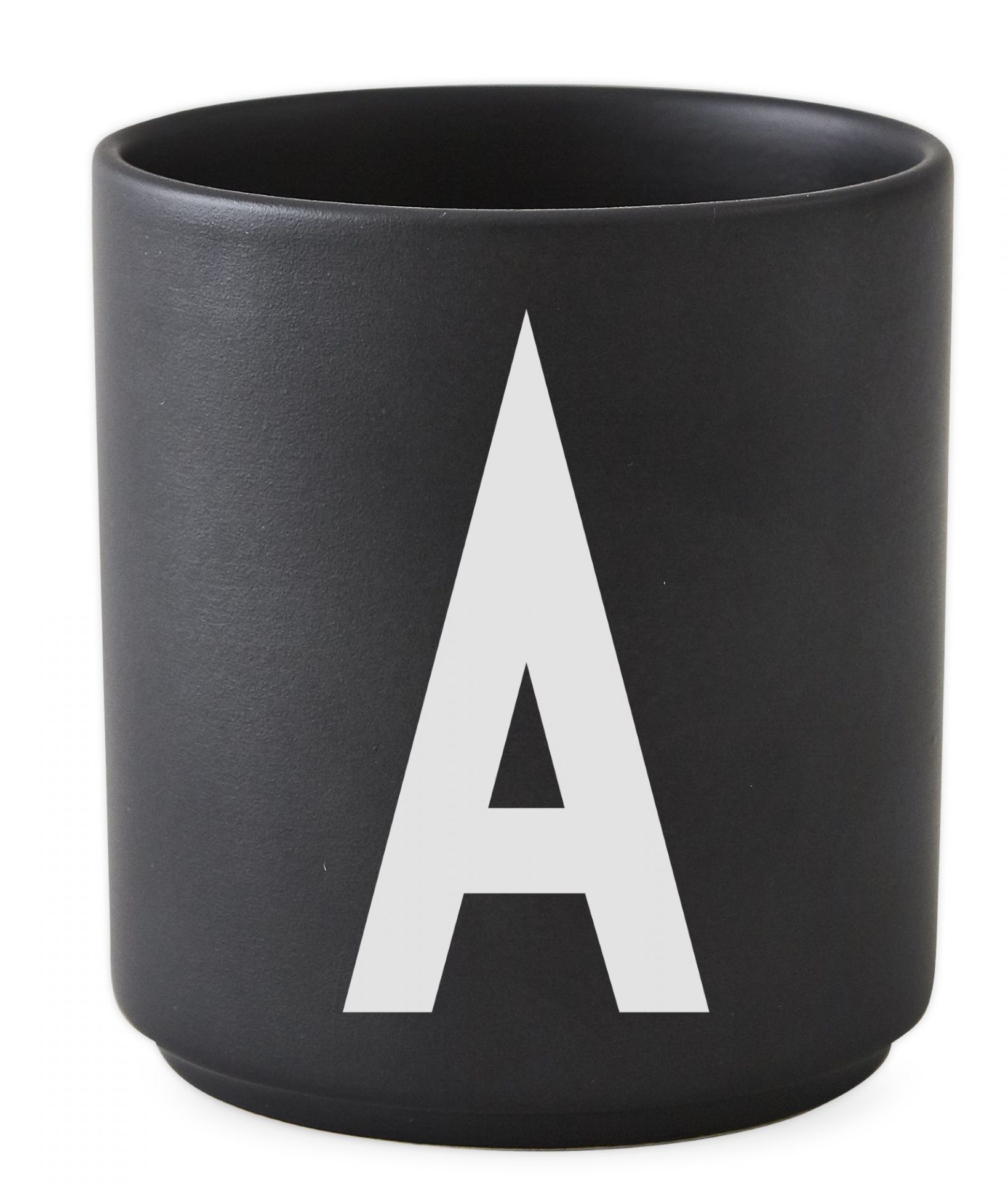 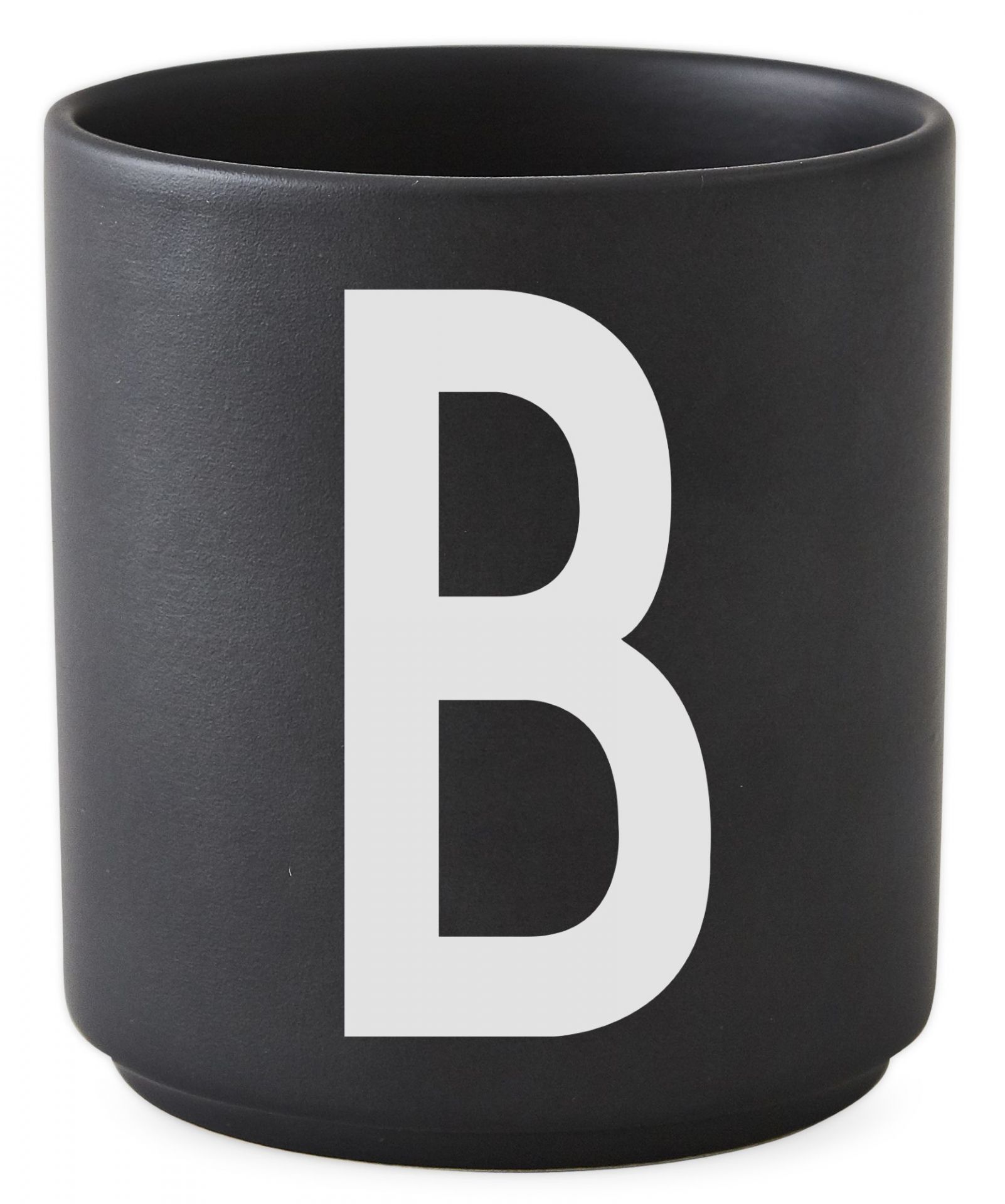 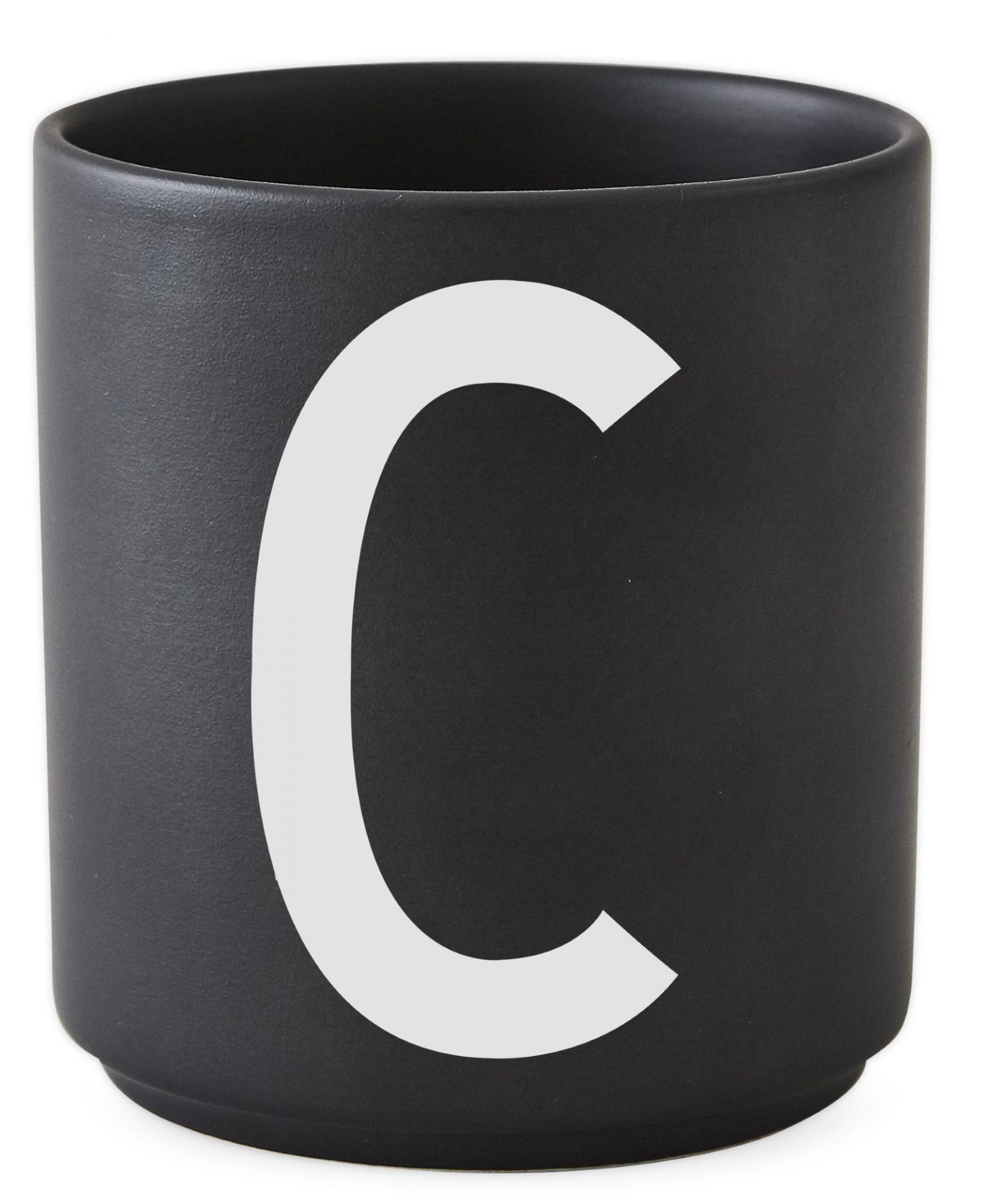 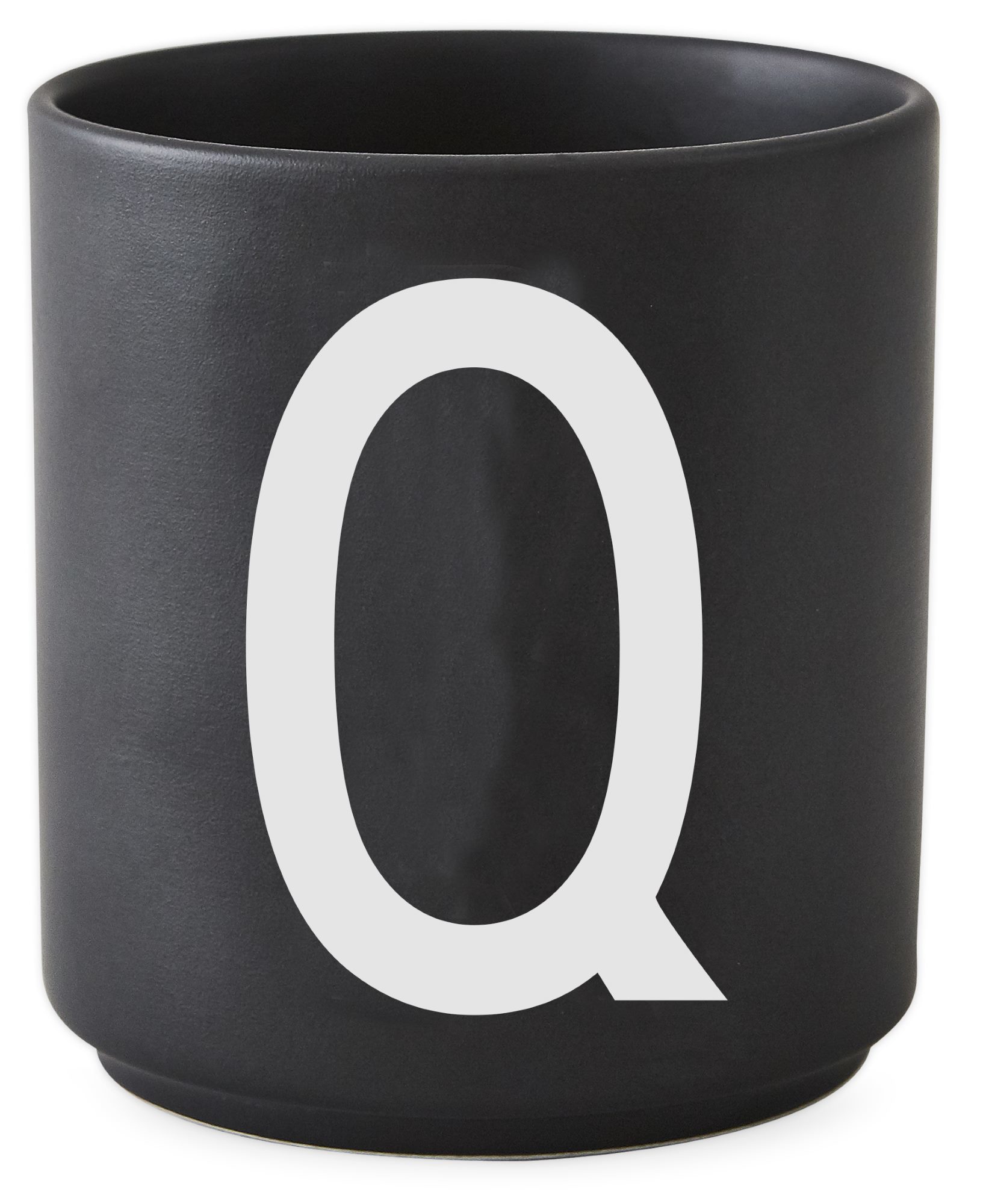 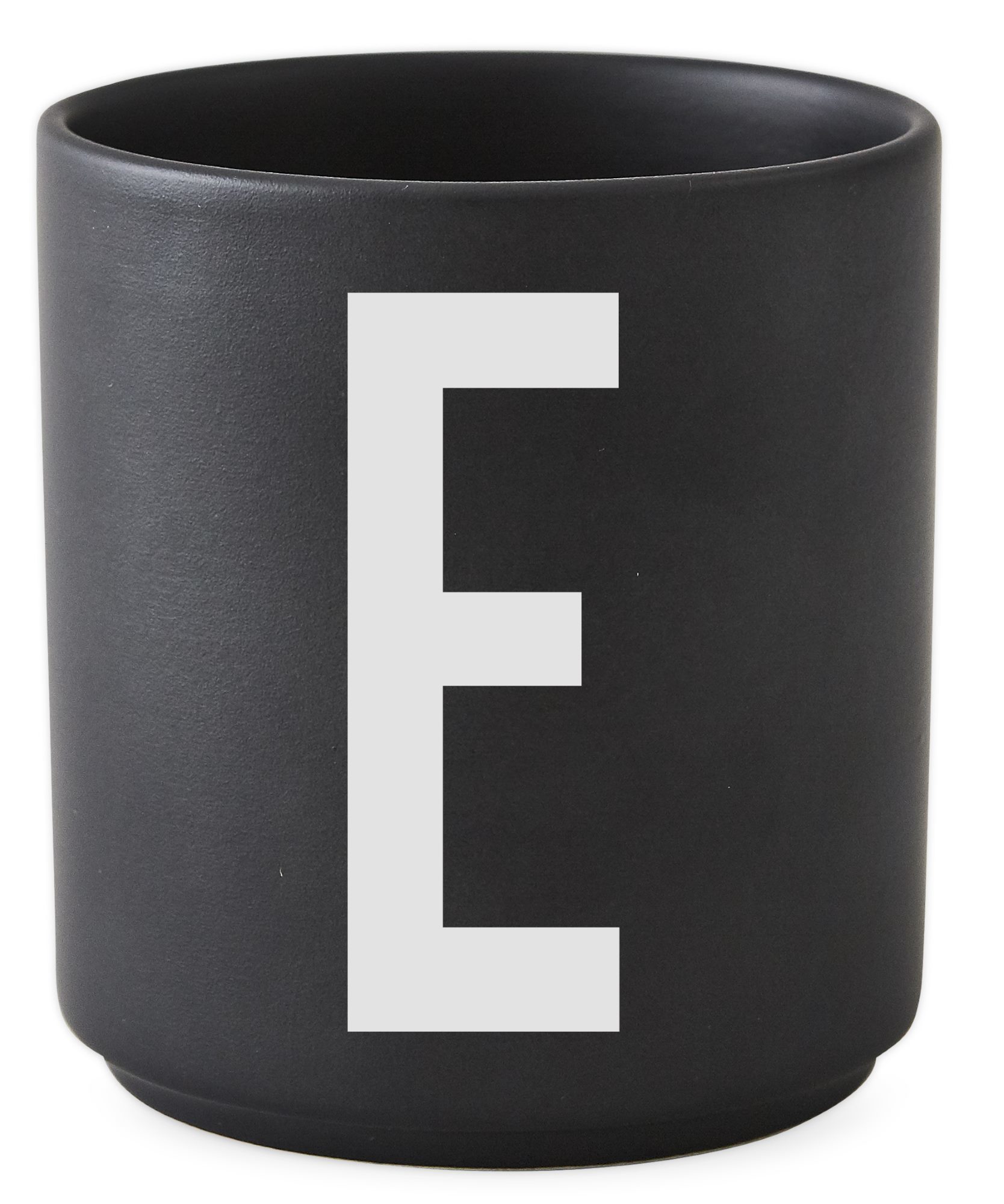 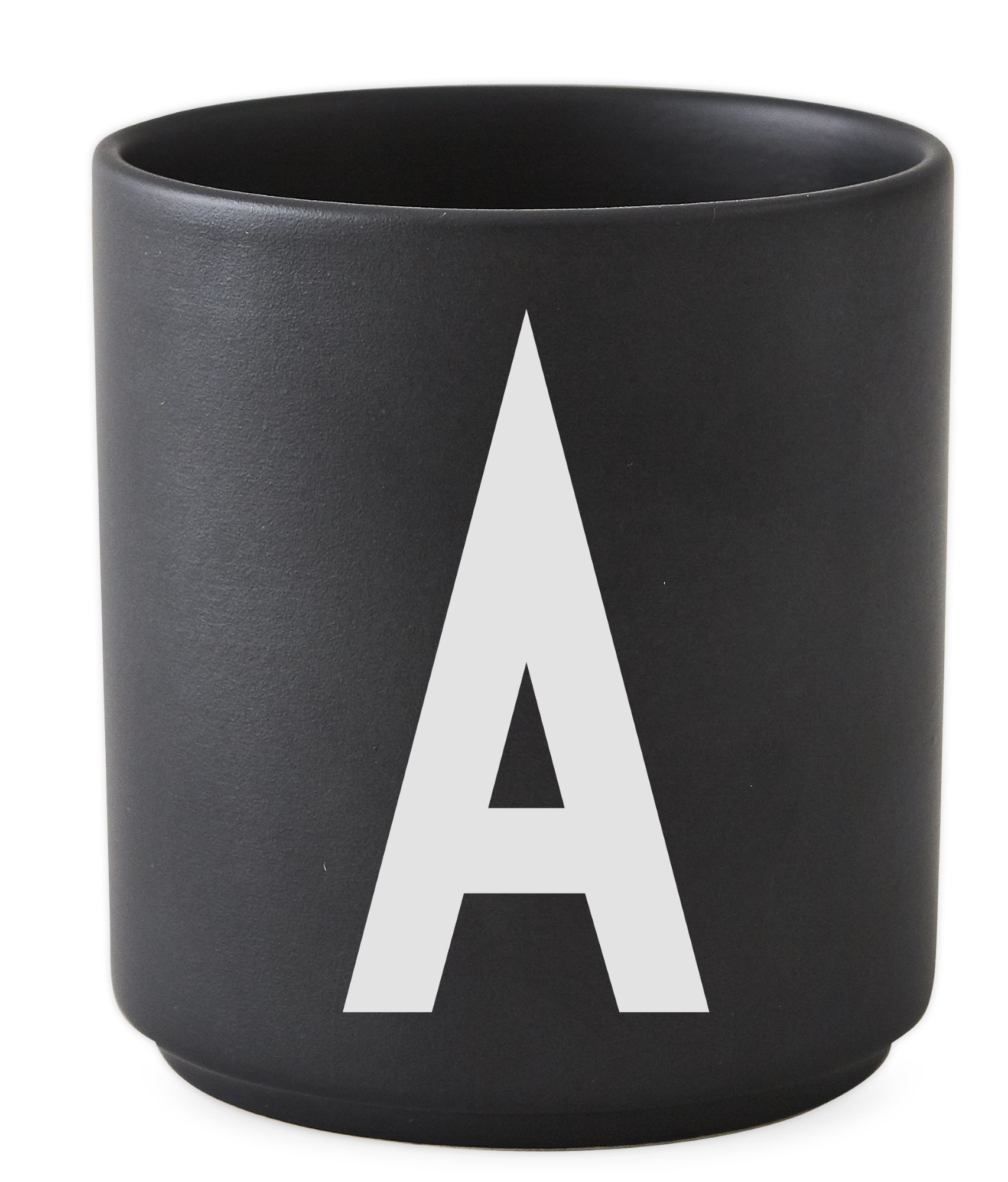 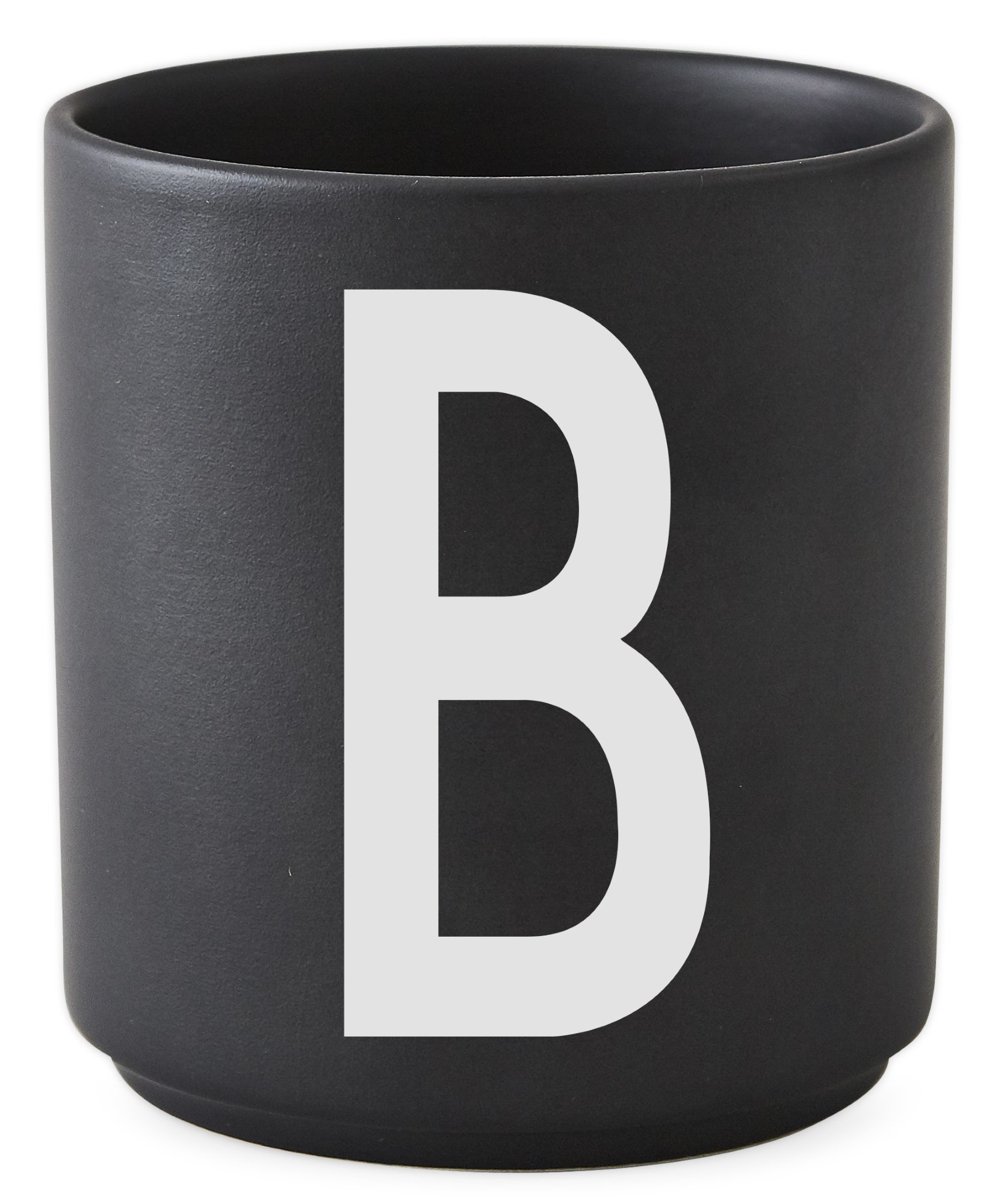 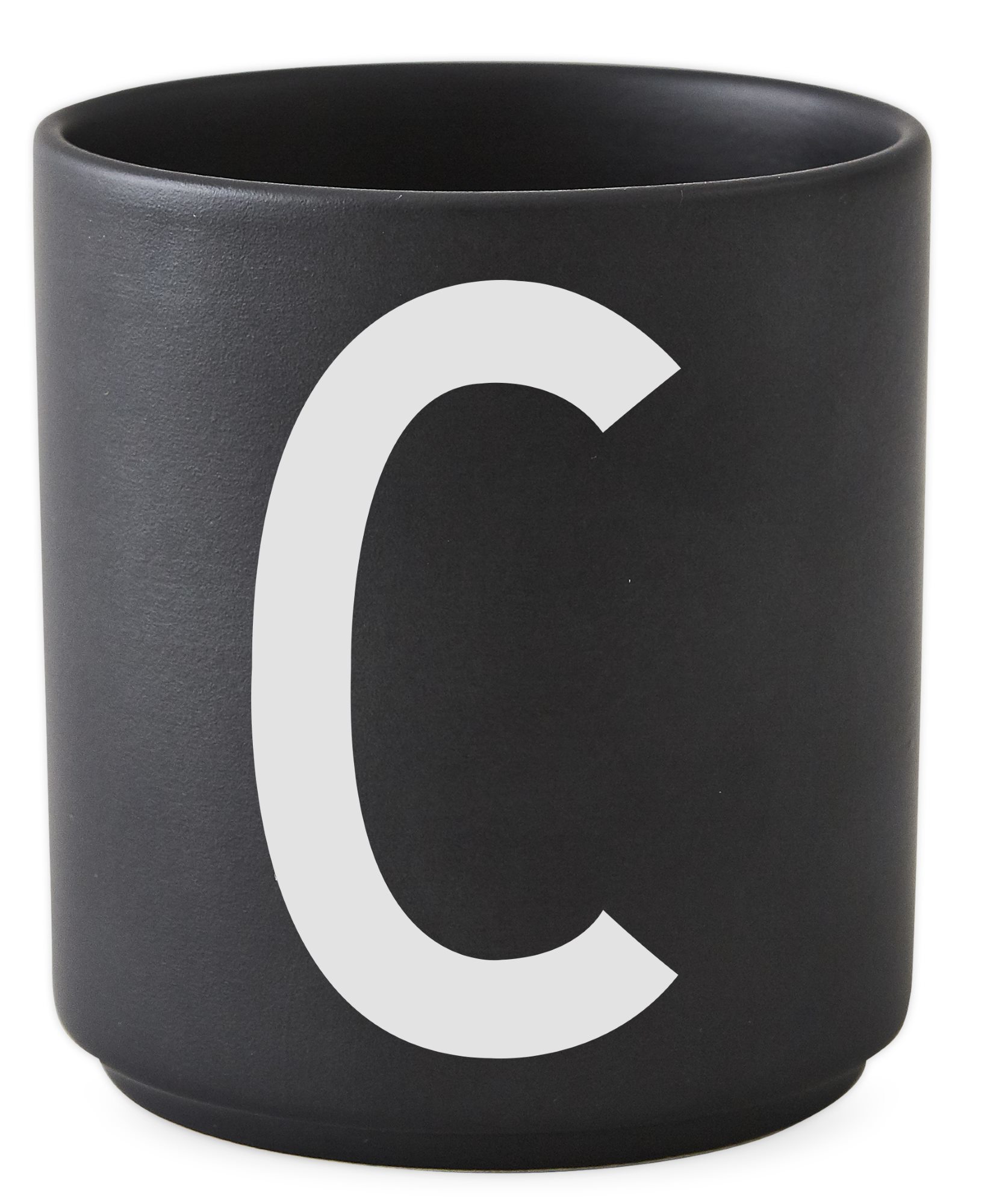 The ABC collection was designed by Arne Jacobsen back in 1937 for the Aarhus Town Hall in Denmark. One could not anticipate that he would celebrate such great successes with his typography designs.

In any case, since 2009, the Danish manufacturer Design Letters has set itself the task of making Arne Jacobsen's letter design immortal. On all designer home accessories, the unmistakable letters can be found - be it cups, tea towels or pillows.

Previously, the letters were always printed in black. In 2017, Design Letters turns the tables and launches the most popular design draft - the letter mug - in a black version with white printed letters.

The black Design Letters letter mug can be used for many purposes - be it as a toothbrush cup, as an original drinking vessel, as a pen cup or as a pure decorative object. Especially in combination with the white letter mug you can set interesting highlights. From several letter cups even whole words can be put together.

The black letter mug is made just like its white counterpart of high quality porcelain. 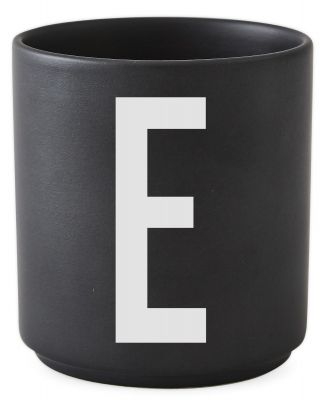