Questions on the product? 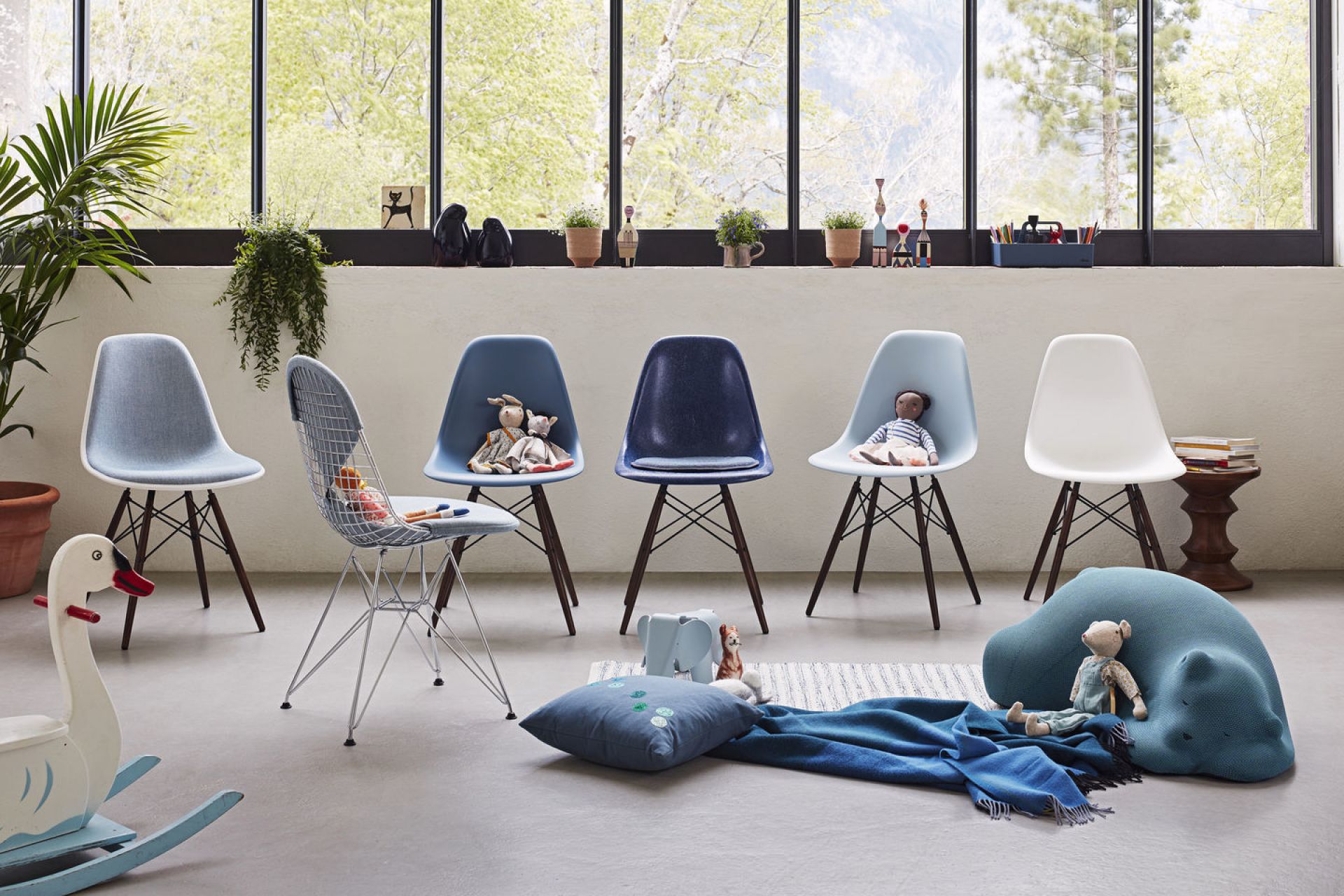 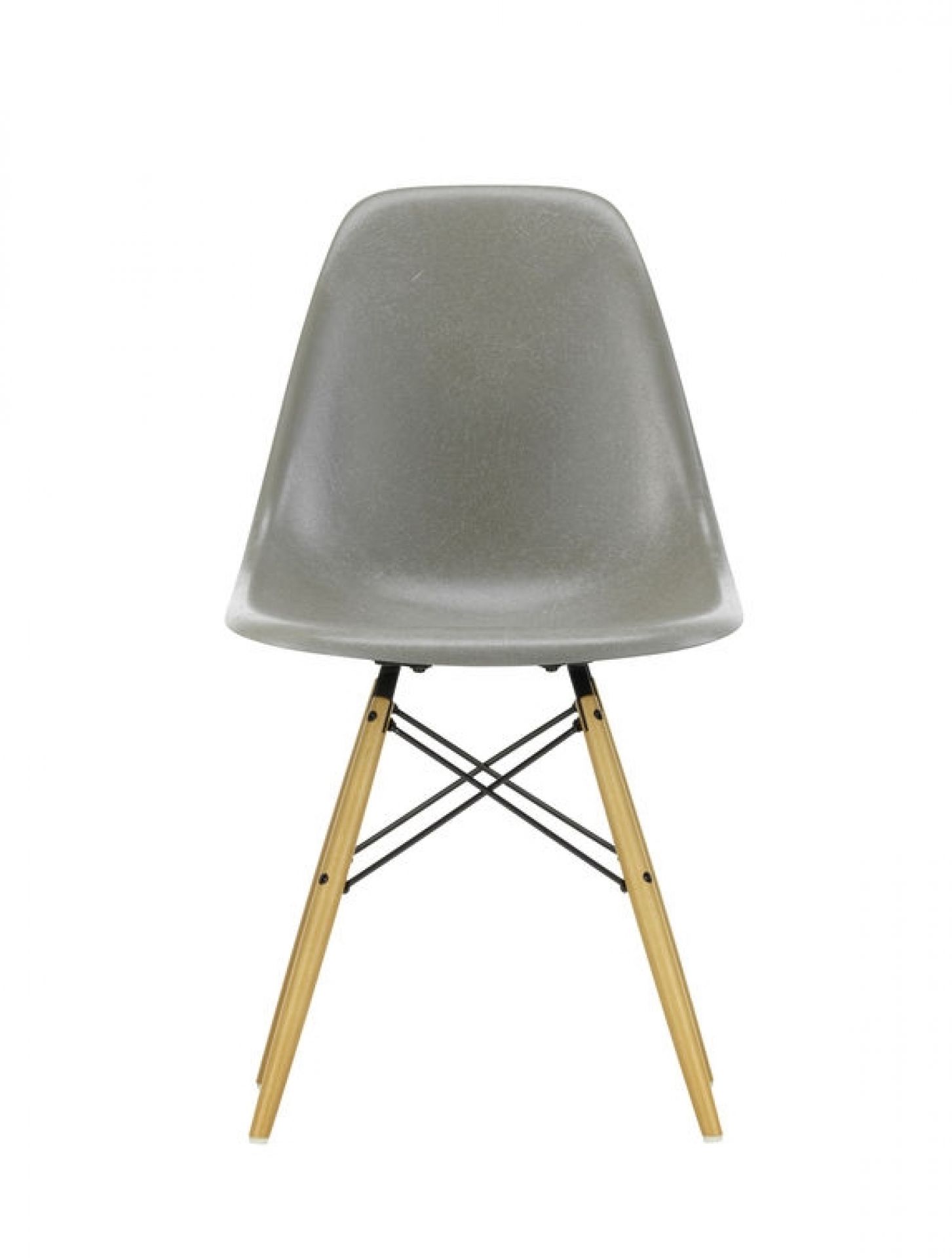 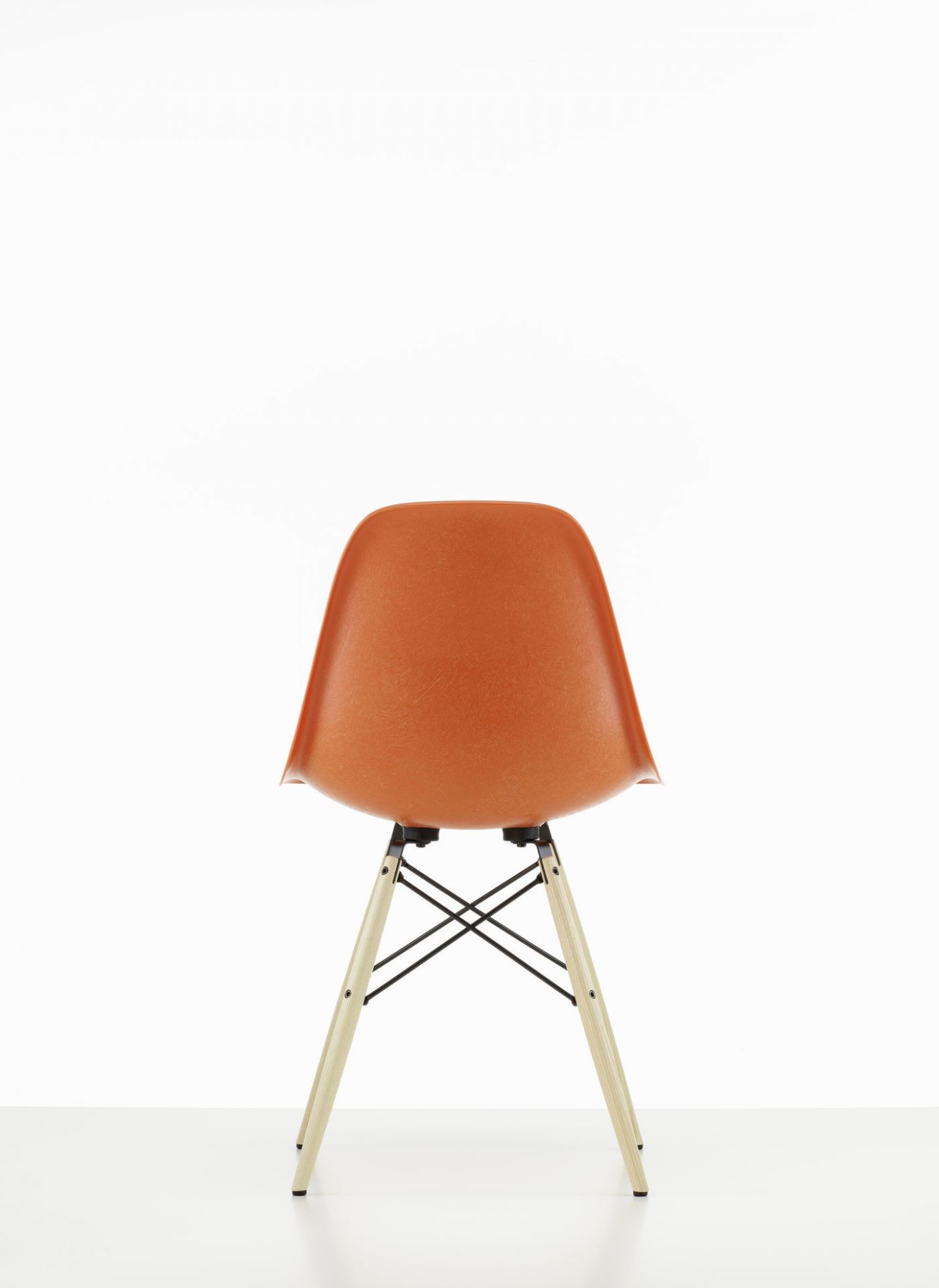 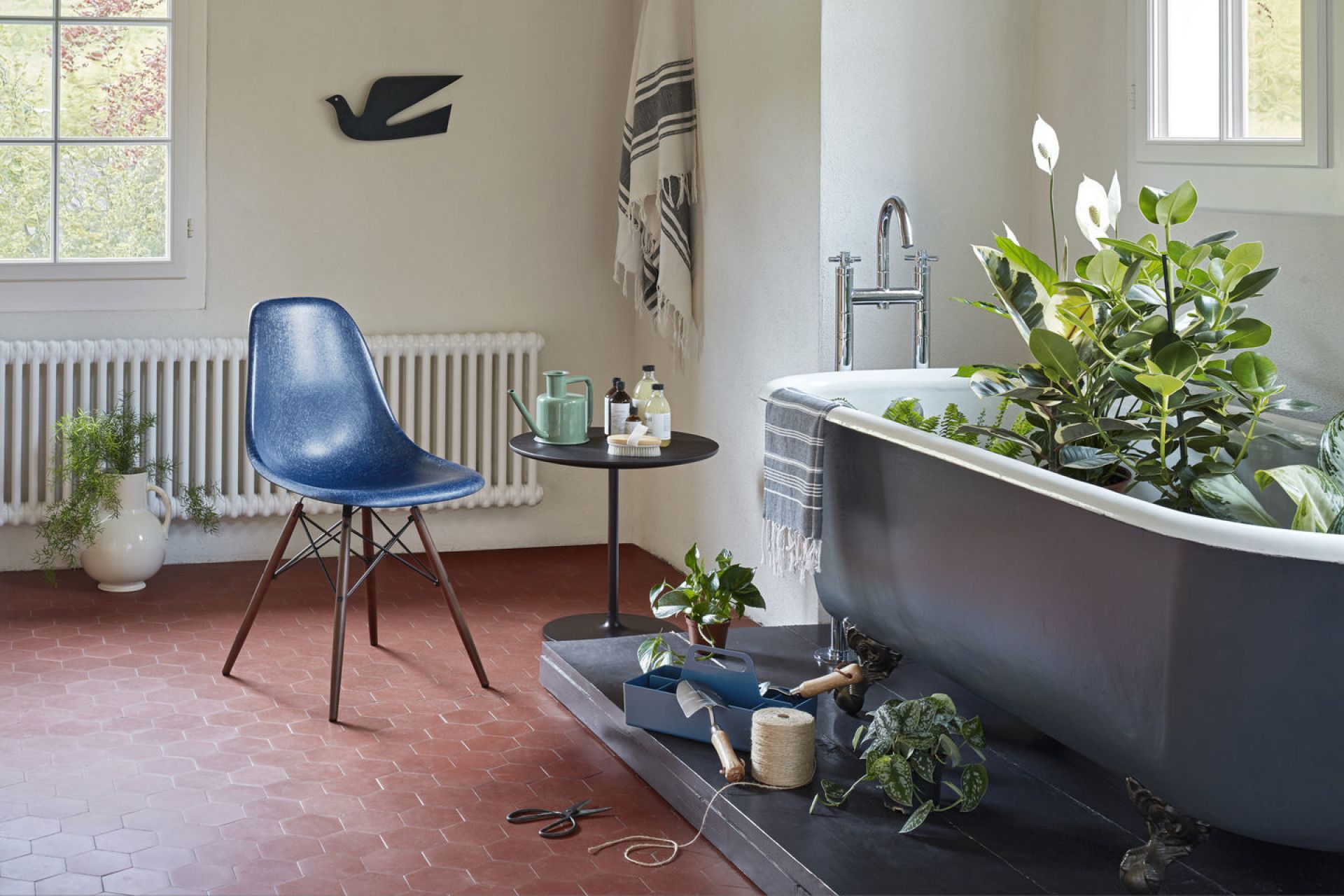 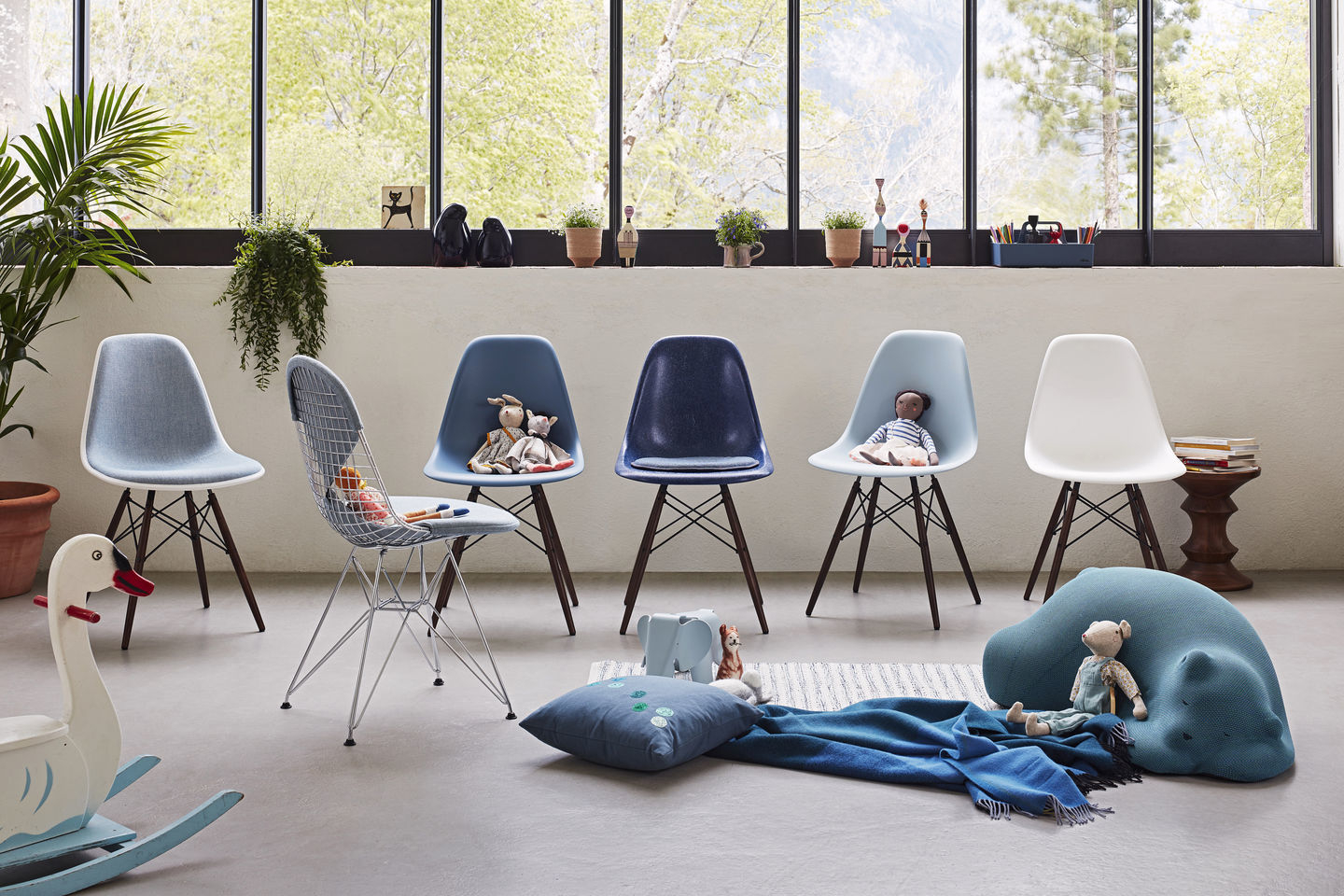 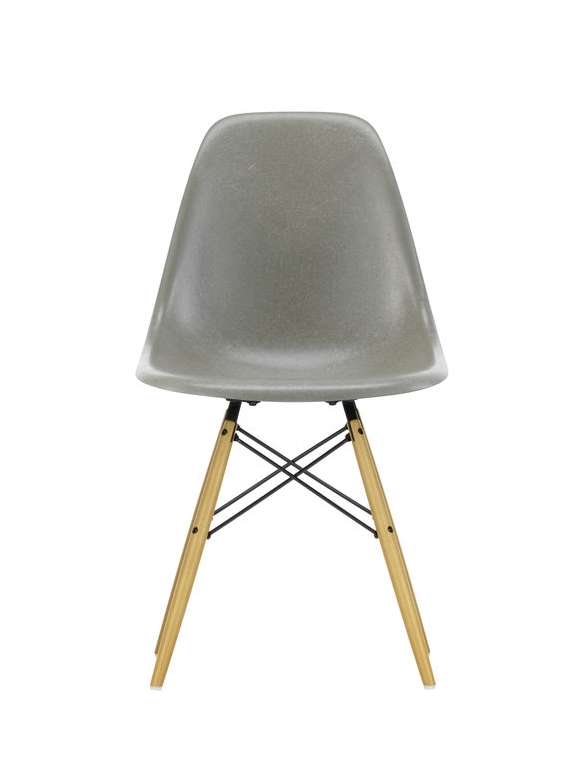 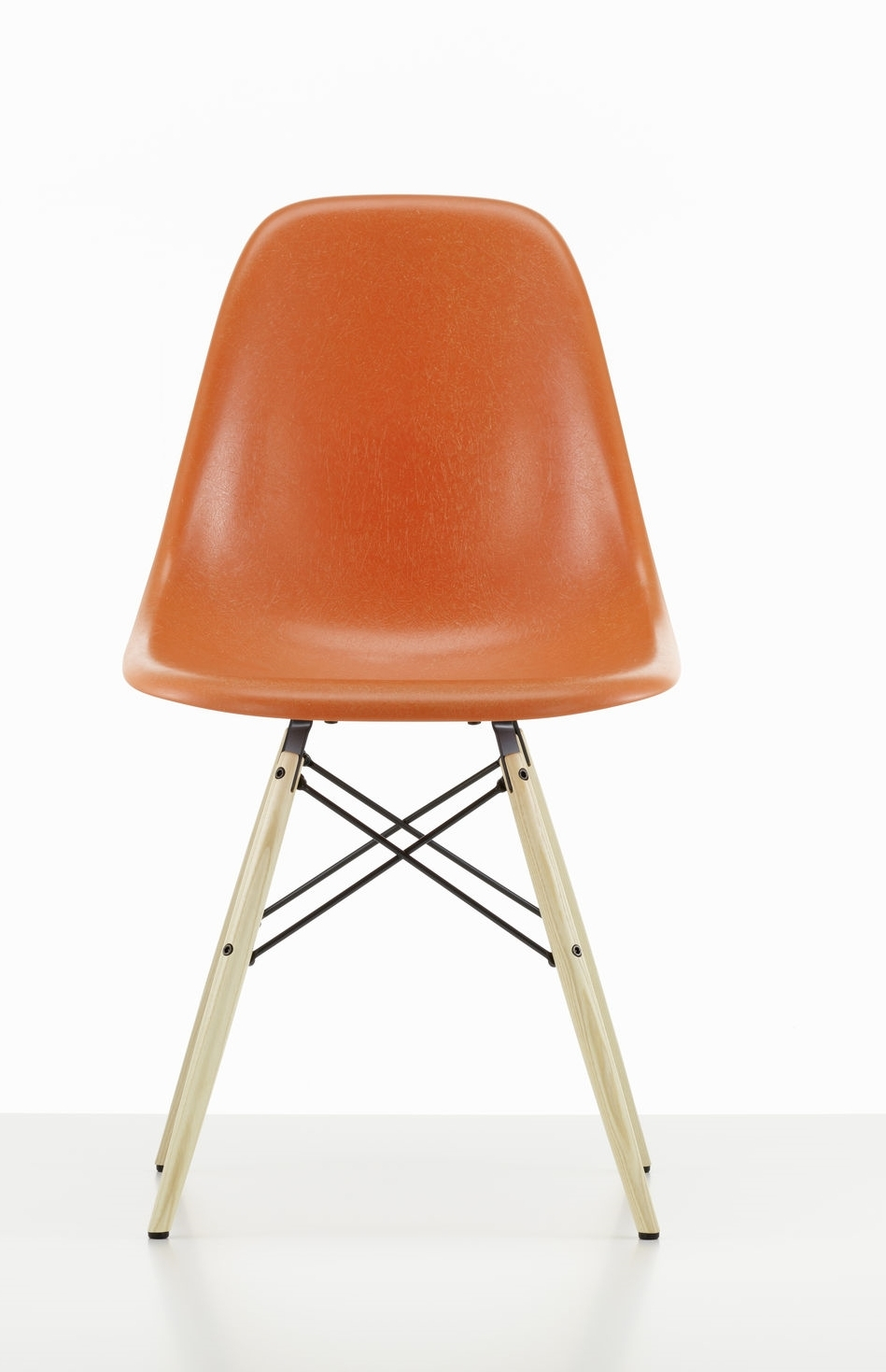 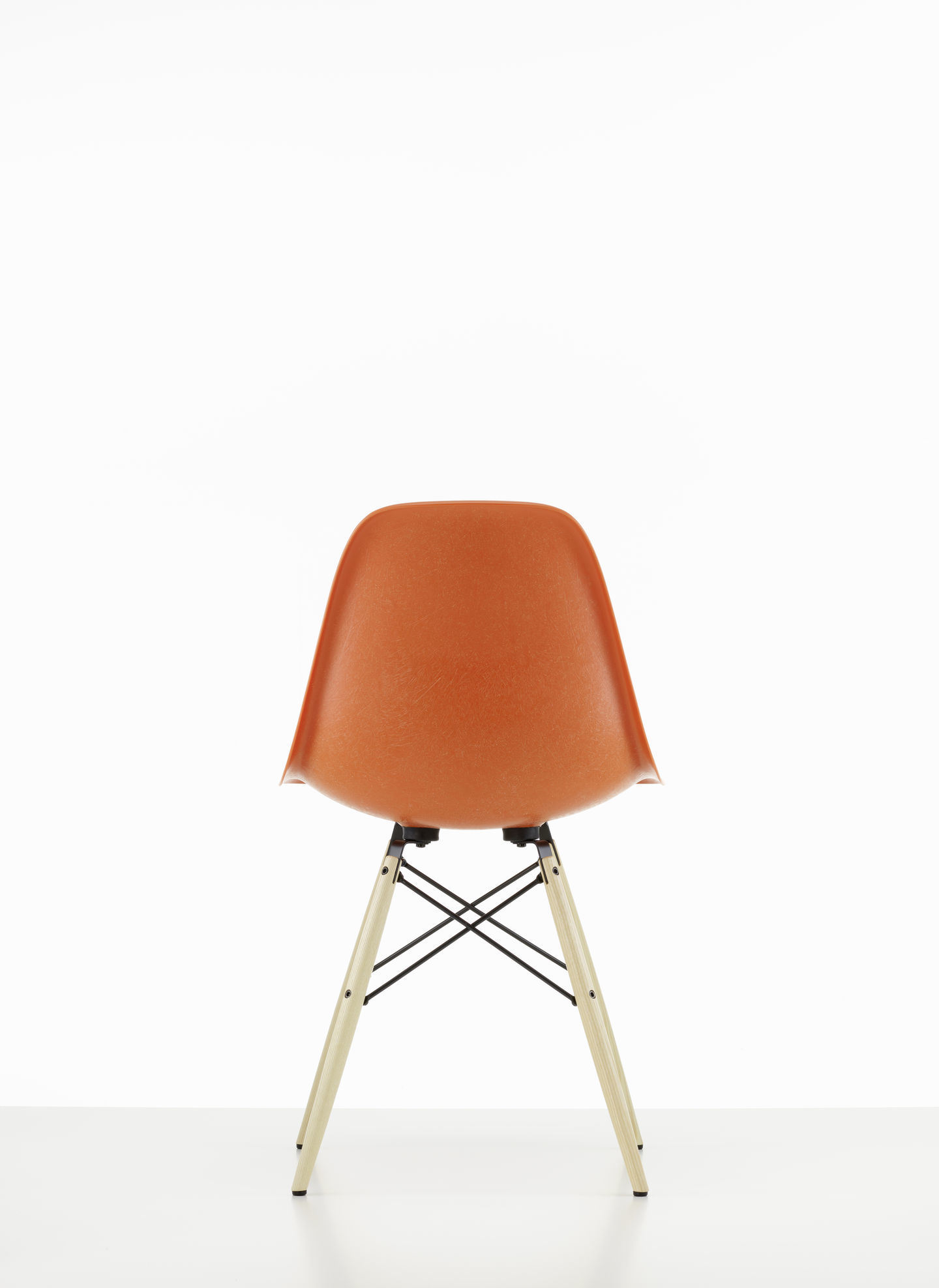 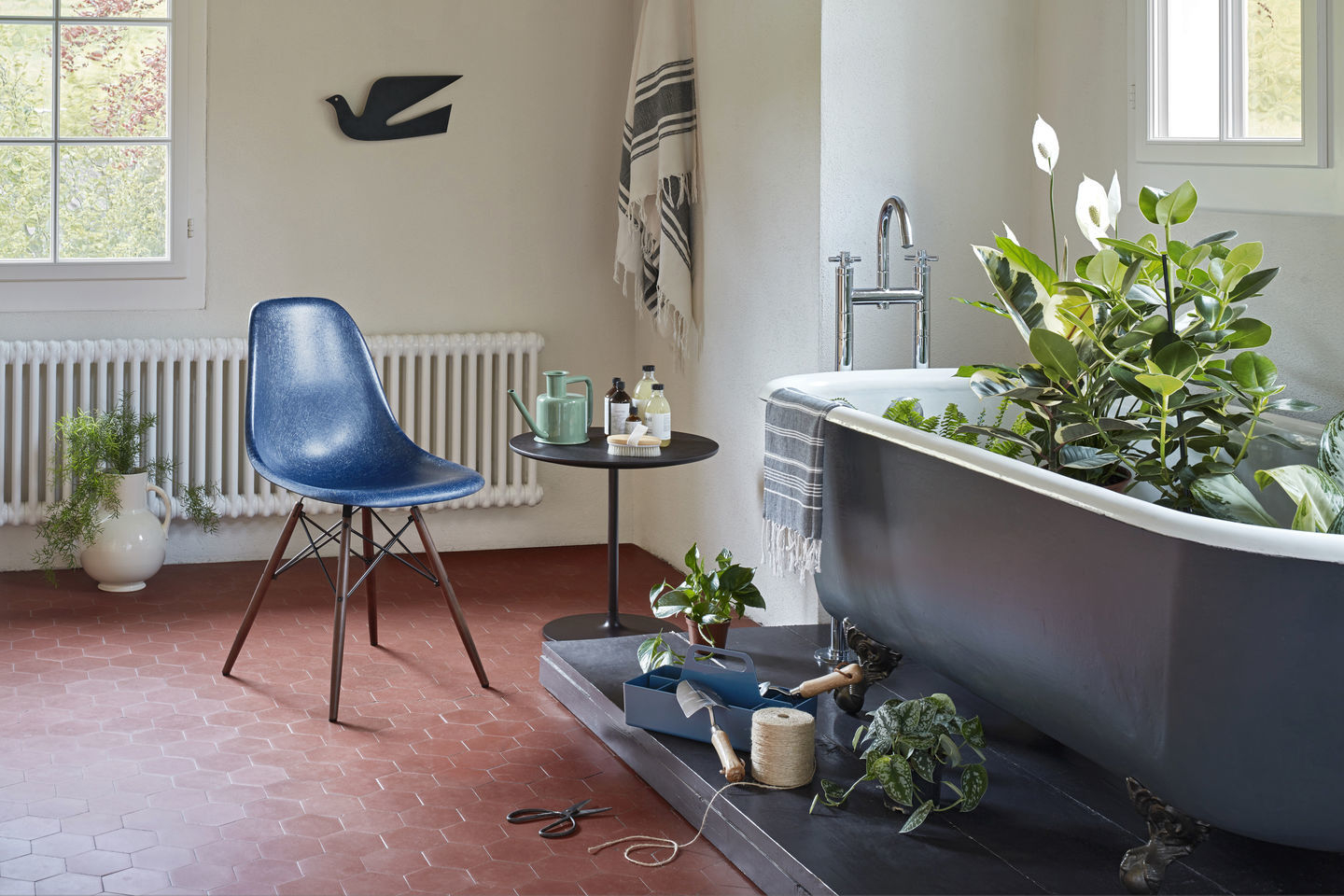 Designed by Charles & Ray Eames, the DSW chair is part of the popular Eames Plastic Chair collection by Vitra. DSW stands for "Dining Sidechair wood base". The wood used makes the frame look particularly homely, which is why the DSW can be found in many households around the world.
A legend returns
After Vitra had to stop production of the Eames Fiberglass Chair in the 1990s, an alternative was found in the form of the Plastic Chairs made of polypropylene, which did not appeal to everyone. Without the liveliness and structure of the fibreglass, the Eames chairs had lost some of their character. Since 2018, with a new processing method, the fibreglass chairs are back - and in their old beauty as before!

The history of the Eames Plastic Chairs

One of the Eames Plastic Chairs, the DAW chair, was presented for the first time in 1948 as part of the "Low Cost Furniture Design" competition of the Museum of Modern Art in New York, where it won second place. Today, the Plastic Chairs have become classics that are indispensable in private homes and public spaces. And yet, at the time of their creation, the design chairs were a true novelty. The idea of a seat shell made from one piece and shaped to fit the body was innovative.
"The most of the best to the greatest number of people for the least" - Charles & Ray Eames absolutely lived up to this claim with the Plastic Chairs. The result was the first series-produced, affordable plastic chairs with outstanding design. With the Plastic Chairs, Charles & Ray Eames revolutionised the history of furniture in the 1950s. Society in Europe and the USA was in a state of upheaval after the war years. This also had an impact on furnishings and lifestyles. With the DAW and the other Plastic Chairs, Charles & Ray Eames made their contribution to freeing the living space from the prevailing sense of control.

From America to Europe

In the early 1940s, the Plastic Chairs were produced in the USA by Herman Miller. The design chairs made their way across the pond to Europe in the early 1950s when Erika and Willi Fehlbaum saw an Eames chair in a shop window during their trip to the USA.
Enthused by the design of the plastic chair, the Vitra founders negotiated the licence to sell the Eames Plastic Chairs in Europe. Ultimately, their efforts were successful and Vitra became the licensed manufacturer of the chairs in Europe and Asia. To this day, Vitra is the only licensed manufacturer for this sales region. Throughout their lives, Charles & Ray Eames maintained a close relationship with Vitra. This is also expressed in the fact that Vitra owns the Eames estate in the form of the Eames Archive. Even today, after the death of the designer couple, Vitra still makes an effort to act in their spirit and, when further developing collections, always asks itself the question: "What would Charles & Ray Eames say about this?".

If you love design, you should know the Eames. For many, it immediately brings to mind their most famous designs, the Eames Lounge Chair or the Eames Plastic Chair. The Eames couple is one of the most important personalities in the field of design in the 20th century. In addition to designing furniture, the two also made films, took photographs and put together exhibitions.

The seat shell of the Fiberglas Chairs is made of through-dyed, glass-fibre reinforced polyester (fibreglass).
Do you need a new seat shell for your Eames Fiberglass Chair? Simply send us an enquiry and we will be happy to help you.
The frame of the DSW is made of maple or ash wood and is available in various finishes. The design chair is extremely stable and can support a load of up to 110 kg. It is 46.5 cm wide, 55 cm deep and 83 cm high.
The seat height of 43 cm was only introduced in 2015, as the average height of the world's population has increased since the Eames Plastic Chairs were created. The following therefore applies to repeat orders: If you purchased your chairs before 2015, they will correspond to the seat height of 41.5 cm.
No reviews found. Be the first to share your thoughts.
Eames Fiberglass Chair DSW Chair Vitra Colours 2019 Ash honey - Navy blue

Exactly as you imagined it.

Our special service for you: Take our range of diverse material samples home with you in comfort. 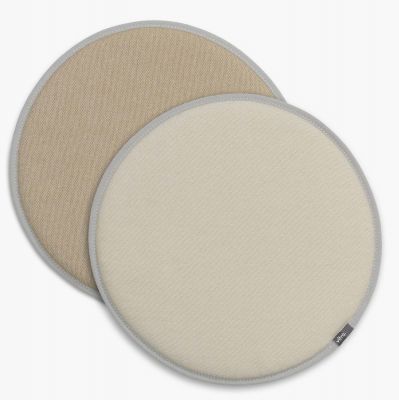 Technically necessary cookies
active
Technically necessary cookies enable a website to save information that has already been entered (such as user names or language selection) and to offer the user improved, more personal functions.
Google Analytics
active inactive
Look at me from every angle!
Back to Image View
/en_gb/widgets/cms/5f7bcb85136d4a4883fdab29f7853738
Xx7xDBHpOSxbxf9imC4lU4249Tu27CSBU9o_Ph4Htys=.html